People already have to wear face coverings on public transport in the UK, and they are set to become mandatory in English shops from Friday.

But despite this the UK is "way behind many countries in terms of wearing masks," according to Royal Society chief Venki Ramakrishnan, with some complaining that they are uncomfortable or difficult to breathe in.

Tom Lawton, an intensive care doctor in Bradford, set out to prove that masks do not deprive the body of the oxygen it needs by running 22 miles to and from work.The former triathlete raised £1,675 for food bank charity the Trussell Trust with the run. 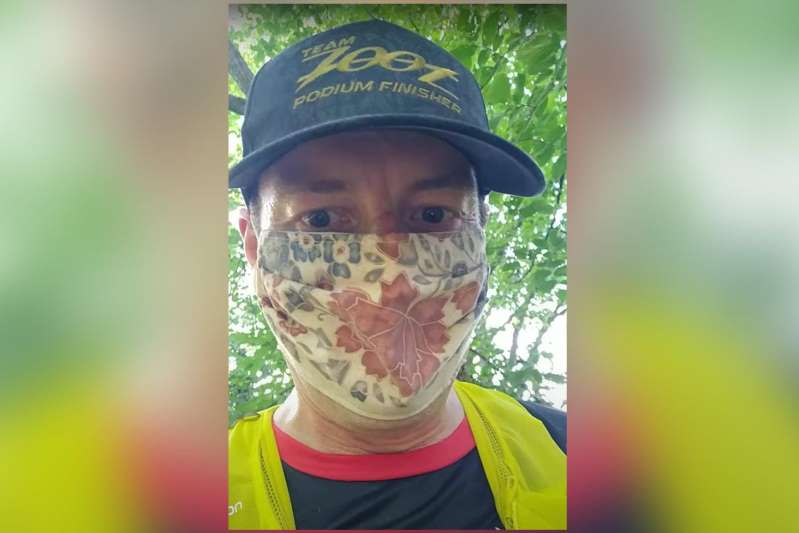 He told the Standard that he has sympathy for people who do not want to wear a mask.

He added: "We've had to wear them at work for months and they're definitely annoying. And there are people with genuine psychological reasons who just won't be able to."But for anyone who can - know that it's irritating but not dangerous, and it can help keep this disease under control. My mask protects you, your mask protects me - so please wear one!

"My real concern was all those people who find it feels strange, and end up scared by these stories of oxygen levels into believing it's not safe. Particularly people with asthma... who are understandably very worried about Covid."undefined

Mr Lawton said on his GoFundMe page: "As an intensive care doctor dealing with some of the worst of the Covid-19 pandemic I am massively in favour of anything that might keep us all safe.

"I have therefore been upset at the misinformation going out around oxygen levels and masks, as well as confused messaging on when to wear them (indoors!)"

He joked: "Clearly this will entirely solve everything and put an end to debate on this issue."Mr Lawton carried an oxygen monitor during his run, which showed that his oxygen levels remained at 98 per cent throughout.

The Bradford Royal Infirmary doctor said he was "breathing enough oxygen for about 10 calm people" during the run.

His run came after a crowd of demonstrators gathered last Sunday in Hyde Park to protest new face covering rules, claiming they won't be "masked or poisoned".

We have 203 guests and one member online