And parents have spoken of their fury as their kids remain out of school because it's proven 'impossible' for them to get their hands on a test. One mum said she had been trying 'almost constantly' to try and book her nine-year-old a test, but after having no luck her daughter will miss school for the quarantine period.Another parent said "Everything we submit we get 'this service is very busy. Please try later'." A mum who believes her daughter's symptoms are simply of a run-of-the-mill cold but isn't allowed back to nursery until she's been tested added: "There was absolutely nowhere at all, no facility available."The Sun reports there are thousands of parents unable to get their kids tested across the country.

Moz Bulbeck Reynolds, from West Berkshire, said she has been unable to send her nine-year-old daughter Matilda to school this week because she has been unable to get a coronavirus test. Having stayed at home last Thursday and Friday with cold symptoms, Matilda was refused entry to the school on Monday until she received a test, as per the local council's rules.Ms Bulbeck Reynolds said she had been unable to book a test despite trying "almost constantly" since 9.30am on Monday through the Government's website. 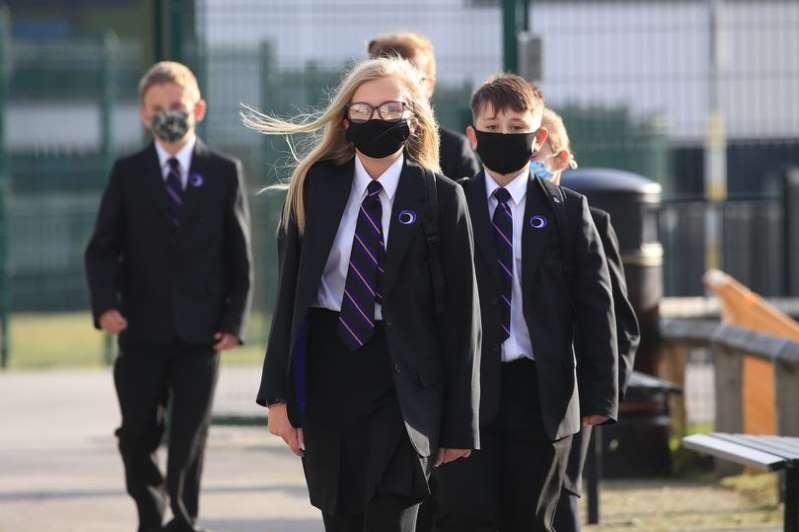 "I feel sorry for my daughter... rejected at the school gate. It made me feel like a failure as a parent," the 45-year-old told the PA news agency. The school has said Matilda either needs to be tested or quarantined for 10 days. "I'm personally furious with the school for not telling me she needed a test when she did not have a high temperature," added Ms Bulbeck Reynolds. "I'm furious with the local council for moving the goalposts without informing the parents, and clearly I'm furious at the Government for their incompetence."Samuel Austin, from Faversham, Kent, said he has been trying for 48 hours to book a Covid test after his young son started showing symptoms on Sunday.

"Everything we submit we get 'this service is very busy.

Please try later' or if we get through to finding a test site, we are told no site is available to see us," the 35-year-old project manager told PA."The testing process is not fit for purpose. Regardless of the current uptake in test request, we should have been prepared."Ultimately my disappointment is for my son and my wife... I feel powerless to help them and it shouldn't be this way." The situation has meant Mr Austin's son cannot return to nursery and left his wife, a nurse at a local hospice, unable to work.

Michelle Usherwood from Witney, Oxon, did not manage to get a test for her daughter.She told the Sun: “She developed a temperature over the weekend and must stay away from school until she gets tested. “They have already been off six months and she has only been back eight school days.“How am I supposed to get my children back to school if I can’t get my daughter a test?" Another mother says she can't get a Covid-19 test for her daughter - who was told not to return to nursery until she'd been tested.

Sarah Newark from Blaydon says three-year-old daughter Jodie had been suffering from a sore throat and a mild cough, but that nursery workers became afraid she might be showing symptoms of coronavirus.Although Sarah believed Jodie's symptoms were simply of a run-of-the-mill cold, she tried to book her a test, but says it was "impossible". Sarah told Chronicle Live : "On Thursday my husband dropped her off at nursery and within 15 minutes they rang to say she had a continuous cough and she had to come home. They said she couldn't come back until she had been tested. 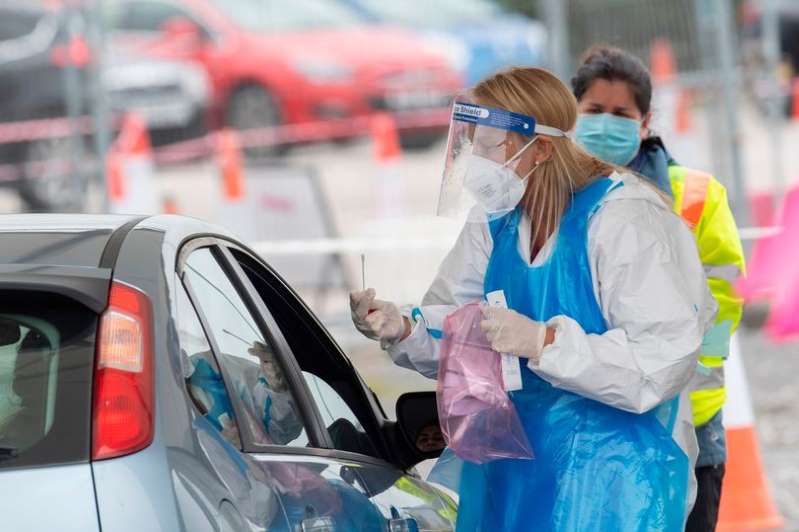 "I spoke to the GP, who said that there's testing but for her age, there's nowhere in the North East and that I wouldn't get a test unless she'd been in contact with someone who was diagnosed."There was absolutely nowhere at all, no facility available, I spoke to 119, which is a special number for arranging tests, and she said there was nothing for children in the North East unless they were showing 'secondary symptoms' which she wasn't.

"I think she had an ordinary cough, I don't think she had a continuous cough or a temperature and I think it was an overreaction, but on Thursday morning I thought I would just get it over with and get her a test. But I have hit this brick wall where there is no testing for her."The Department for Health and Social Care says people of any age can get a test, but Sarah claims in her experience it was impossible to get a test for a child.A Department of Health and Social Care (DHSC) spokesperson said: “NHS Test and Trace is working and our capacity is the highest it has ever been but we are seeing a significant demand for tests including from people who do not have symptoms and are not otherwise eligible.

“New booking slots are made available daily for those who need them, and children of any age can get a test if they have symptoms. We are targeting testing capacity at the areas that need it most, including those where there is an outbreak, and prioritising at-risk groups.

“Our laboratories are processing more than a million tests a week and we recently announced new facilities and technology to process results even faster.” The DHSC says children of any age can get a test across the UK. Children aged 12-17 can use the test themselves or have their parent or guardian perform the test, while children aged 11 and below must have the test performed by a parent or guardian, so under 18s visiting a regional test site must be in a self-test lane.

We have 53 guests and no members online