The condition goes beyond a general concern with maintaining a healthy diet. For people with orthorexia, the pursuit of a "perfect" diet takes up a significant amount of time and energy, and interferes with work, school and relationships. In some cases, it can even lead to malnutrition.

Related: Experts answer: How do you tell if someone has an eating disorder?

There's disagreement over whether orthorexia is a valid diagnosis, said Jennifer Mills, a clinical psychologist at York University in Toronto, Ontario. The condition isn't listed in the current edition of the Diagnostic and Statistical Manual of Mental Disorders (DSM-5), the American Psychological Association's official diagnostic guide, which was last updated in 2013 and contains criteria for various psychological conditions. Some experts say orthorexia falls under the umbrella of other mental health diagnoses, while others say recognition of the condition makes good eating habits seem abnormal or unhealthy, Mills said. But in recent years, the condition has received an increasing amount of attention from researchers and clinicians. 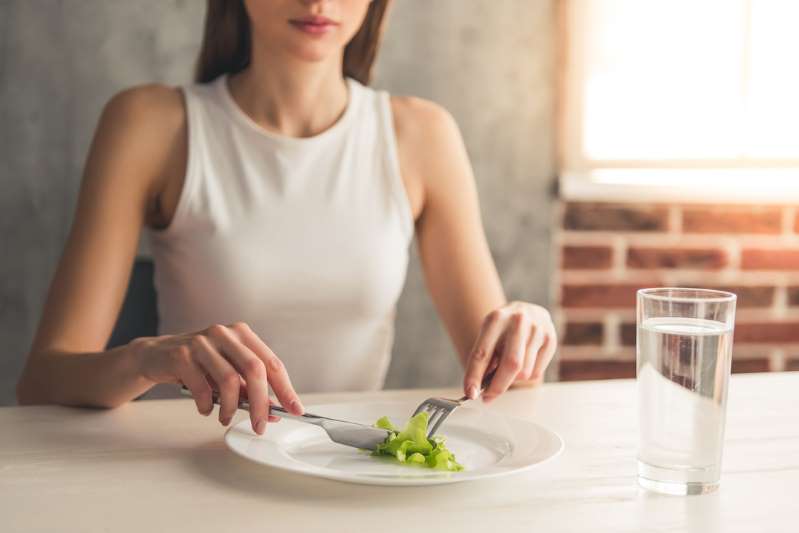 Related: A woman consumed only juice and water for weeks. Now, she may have brain damage.

People with orthorexia often struggle with social anxiety and isolation because their restricted diets make it difficult to connect with others in social settings where food is served. These types of social events can cause distress when an individual's "allowed" foods aren't served. And lapsing or breaking self-imposed food rules may cause intense anxiety or feelings of guilt for someone with orthorexia, according to a 2015 article published in the journal Neuropsychiatric Disease and Treatment, which may cause the person to avoid social gatherings altogether.

"In its extreme form, orthorexia nervosa can lead to an individual eating only a handful of foods that they feel comfortable eating," Mills said. Such a diet can lack essential macronutrients (like fat or carbohydrates) or micronutrients (like iron or zinc). In extreme cases, malnutrition can lead to the same life-threatening consequences as anorexia nervosa: anemia, osteoporosis, hormone imbalances, and an abnormally slow heart-rate, according to the article published in Neuropsychiatric Disease and Treatment.

While food restriction isn't a new phenomenon, orthorexia is largely a product of modern cultural trends, Dunn said. "We've known about restrictive eating for a long time," he said, but "the reasons people restrict have changed."

An increasing cultural focus on health and well-being may contribute to orthorexia's prevalence, Dunn said. There's some evidence that people with careers focusing on nutrition and health (such as dieticians) or with careers in entertainment (such as actors) are at greater risk of developing orthorexia than the general population, possibly because of the careers' focus on diet or pressure to model healthy eating behaviors for others.

Social media also appears to contribute to the disorder. A 2017 study published in the journal Eating and Weight Disorders found a high prevalence of orthorexia symptoms among the "healthy-eating" community on Instagram — a mix of health-professionals, non-professionals and influencers who create posts about their diets. The more often an individual used the app (judged by the number of posts), the more symptoms of orthorexia they had.

Related: These 5 social media habits are linked with depression

It's common for people with orthorexia to struggle with other mental health disorders. Having anxiety or depression is an important risk factor for the condition, according to a 2019 review published in the journal Appetite. An Australian study, published in 2017 in the journal Eating and Weight Disorders, found prior history of an eating disorder to be a strong predictor of developing orthorexia — stronger even than perfectionism and body image.

How common is orthorexia?

t's not clear how common orthorexia is, but studies suggest that it doesn't discriminate based on age or gender — it's distributed across age groups and is equally common among men and women, Dunn said.

The problem with attempting to measure prevalence, Dunn said, is that some of the most common assessments for orthorexia tend to only measure how much participants care about healthy eating, but not whether their diets actually impair their ability to function. That can lead to numbers that are inconsistent, or too high.

These studies come up with a wide range of numbers ranging from 6.9% among a general population in Italy, to 86% among Ashtanga Yoga practitioners in Spain. A 2016 study, published in the journal Eating and Weight Disorders, considered whether diet was actually interfering with the physical health and quality of life of participants from the general population. Based on this stricter criteria, the study authors estimated that fewer than 1% of participants had orthorexia.

How orthorexia compares to other conditions

Symptoms of orthorexia can look similar to those of another eating disorder called anorexia nervosa, Mills said. People with anorexia and orthorexia both exert strict control over their diets, and view deviation from their food rules as a mark of failure. Orthorexia, like anorexia, can involve extreme weight loss and malnutrition, according to the 2015 article published in the journal Neuropsychiatric Disease and Treatment.

However, these two disorders differ in an important way: People with anorexia are generally unhappy with their body, while those with orthorexia aren't driven by body dissatisfaction, Mills said. "In many cases, they're quite happy with

the way their body looks," she said.

Related: Eating disorders are deadly, but who's to blame? (Op-Ed)

There's also a strong overlap in symptoms between orthorexia and obsessive compulsive disorder (OCD), a disorder in which a person compulsively repeats certain routines or has recurring unwanted thoughts, according to the National Eating Disorders Association. For example, a person with OCD might fear germs, and obsessively clean to avoid contamination. Similarly, orthorexia involves compulsive behaviors to try and make food as "clean" as possible, Mills said. "It's an obsessive way of thinking about the feared consequences of one's behavior," she explained.

There isn't one agreed upon method of treatment for orthorexia nervosa, Mills said. Instead, treatment is usually tailored to the individual. "In some cases, it might make sense to treat it like an eating disorder," Mills said. Such an approach might involve cognitive behavioral therapy, which helps the patient identify and replace distorted or harmful thoughts and beliefs about food. If an individual is underweight or malnourished, treatment might also involve re-establishing a healthy weight and eating patterns.

In other cases, it makes more sense to treat orthorexia like OCD, Mills said. In this method of treatment, patients are gradually exposed to feared foods and situations, while a treatment team helps them manage their anxiety in a healthy way.

Ideally, treatment for orthorexia is about identifying goals for life post-recovery. "It should be collaborative," Mills said. "It should be customized to what the person wants to be able to do, that their anxiety is currently holding them back from" — whether that's enjoying birthday cake at a friend's party, going out to eat at a restaurant or walking to get ice cream on a summer night.

We have 166 guests and one member online