Doctors from black, Asian and minority ethnic backgrounds have been hindered in their search for senior roles because of widespread “racial discrimination” in the NHS, according to a report from the Royal College of Physicians.

The RCP, which represents 30,000 of the UK’s hospital doctors, found that ingrained “bias” in the NHS made it much harder for BAME doctors to become a consultant compared with their white counterparts.

“It is clear from the results of this survey that racial discrimination is still a major issue within the NHS,” said Dr Andrew Goddard, the RCP’s president. “It’s a travesty that any healthcare appointment would be based on anything other than ability.”

Minority ethnic hospital doctors suffered a double disadvantage in their quest to progress their medical careers by being promoted from a trainee doctor to a consultant, it said. 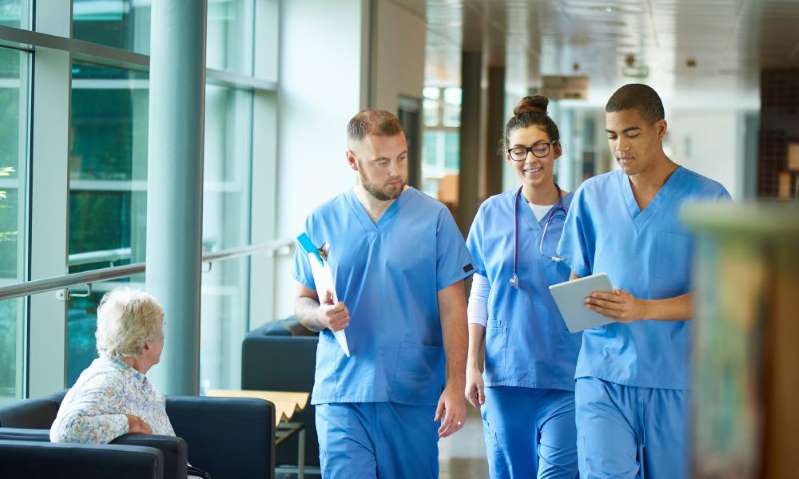 The report, which is based on a survey of 399 newly qualified consultants in 2019, said: “White respondents had a 98% chance of being shortlisted after their first application, compared with 91% of black, Asian and minority ethnic respondents.

The RCP examined eight years of data on the experience of doctors, typically in their 30s, who had recently gained their certificate of completion of training, which means they can then apply for their first post as a consultant in a hospital.

Its analysis uncovered “consistent evidence of trainees from BAME backgrounds being less successful at consultant interview. This is despite adjustment for potential confounding factors. The results … suggest there is bias that needs to be acted on.”

Roger Kline, a research fellow at Middlesex University and an expert in racial discrimination in the NHS, said the findings proved BAME medics suffered from “systemic discrimination”.

“These findings are appalling and confirm what many doctors across all medical specialities have long suspected has been occurring.

“These patterns of discrimination are really hard for individual doctors to challenge so the medical profession as a whole, and their employers, need to finally accept systemic discrimination exists and take decisive action.”

The RCP found that BAME doctors have more chance of being shortlisted after their first application than they did when it first sounded the alarm about inequity in career progression in 2018. That prompted NHS England to include those findings in its medical workforce race equality standard, which is meant to eradicate bias on racial grounds.

Research in 2018 found that black doctors in the NHS in England are paid almost £10,000 a year less than white colleagues, while the gap for black nurses is £2,700.

Charlie Massey, the chief executive of the General Medical Council, which regulates the profession, said: “All doctors should have the same opportunities to fulfil their potential and it is unacceptable if there are biases that prevent this from happening.”

Joan Saddler, the director of partnerships and equality at the NHS Confederation, which represents health service bosses, said: “Leaders are clear that there should be no room for discrimination of any kind within the NHS … The NHS is making some progress on this issue but, clearly, there is much further to go.”

The NHS in England has set itself a target of ensuring that by 2025 at least 19% of those at every pay level are of BAME origin. Overall BAME people make up 17.5% of its staff.

A spokesperson for the NHS in England said: “It is unacceptable for anyone to be treated unfairly because of their race or any other protected characteristic.

“The NHS belongs to us all, and as part of the People Plan, NHS employers are committed to increasing black, Asian and minority ethnic representation across their leadership teams as well as eliminating discrimination and inequality.”

We have 29 guests and no members online