Pfizer covid vaccine - everything we know so far

At long last, the first real glimmer of hope. As the pandemic continues to rage, with at least 1.2 million people now dead, the news that a vaccine has shown to be highly efficacious marks a major milestone in the fight against Covid-19. It is a moment the world has been anxiously waiting for.

Pfizer and its German partner BioNTech are the first to reach this stage of the global vaccine race. According to early data analysis, their candidate is 90 per cent effective at preventing disease, while no serious safety concerns have been observed. The right signs are all there.

There are, of course, caveats. No one beyond the researchers and scientists have actually seen the data. Nor has it been peer reviewed. The fact that Pfizer’s large-scale phase 3 is still ongoing means the vaccine’s final efficacy rate could also drop. And it is not known how long immunity will last among the vaccinated.

These are all questions that still need to be answered in the weeks and months ahead. But, for now, there is cause to smile. Amid the doom and gloom of 2020, it certainly feels like the first tentative step towards the light at the end of the tunnel.

So, what do we know about the vaccine?

The vaccine is 90 per cent effective at preventing disease, Pfizer says. Preliminary analysis looked at 94 infections recorded so far in the company’s phase 3 study, which has enrolled nearly 44,000 people in the US and five other countries.

According to Monday’s announcement, those from black, Asian and minority ethnic backgrounds respond just as well to the vaccine – a much-needed development for those communities that have suffered disproportionately throughout the pandemic.

There is no indication that the vaccine blocks transmission of Sars-CoV-2, so people may still be able to pass on the virus but are less likely to display symptoms. This will be crucial in reducing the number of people who fall severely ill, helping to alleviate pressure on national health services.

Protection is achieved 28 days after the initiation of the vaccination, which consists of two doses, Pfizer said.

Lastly, we know that the vaccine is safe. Pfizer and BioNTech have reported that no serious safety concerns or adverse reactions have been noted. 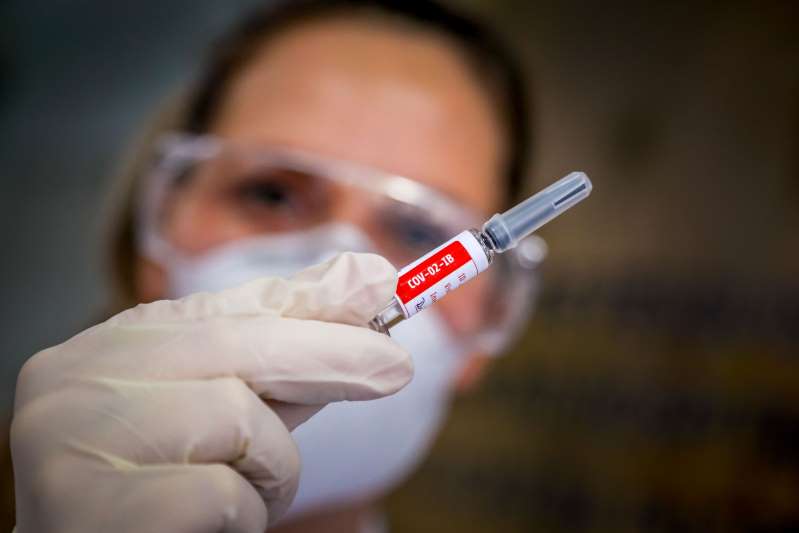 What don’t we know?

How long immunity lasts for. At this stage, it’s simply impossible to judge at what point the immune response triggered by the vaccine will fade away. Six months? Eight months? A year, perhaps? Many experts have predicted that it’s likely booster jabs will need to be administered, especially among the elderly who are known to have weaker immune systems.

We don’t know what sort of immunological activity it generates in different demographic groups. Scientists and governments will be particularly keen to see the vaccine’s effectiveness among those aged 60 and above.

Similarly, experts have said the full effect of a vaccine on transmission in the population will not be known until one is in circulation and more data is collected.

Nor can we be sure of the vaccine’s final efficacy rate. The phase 3 study is still ongoing, and Pfizer has said it will make a final review of all its data once 164 infections have been recorded among the trial’s participants.

This figure will give the regulators a clearer indication of the vaccine’s effectiveness, but there’s a chance it could drop in the weeks to come. Pfizer said it expects to reach the magic number by early December.

Once the necessary amount of infections has been reached, all the trial data will be presented to the US Food and Drug Administration for market approval. Pfizer previously said it will apply for Emergency Authorisation Use in the US, thereby speeding up the rate at which data is reviewed.

If approval is granted, Pfizer will rapidly scale-up its dose production and distribution for the global market – a process that is expected to take many months.

The company aims to manufacture a total of 1.3 billion doses throughout 2021.

Whenever a vaccine does arrive, doses will be scarce and rationed, with priority set to be given to health care workers and others on the front lines.

Can we expect challenges in the global rollout?

Absolutely. The Pfizer vaccine uses mRNA technology, which involves injecting genetic coding into humans to replicate the ‘spike’ protein seen on Sars-Cov-2, thereby triggering the immune response. However, this type of vaccine is highly unstable and needs to be stored at -80C. This makes the transportation and storage of doses difficult and expensive.

“This could create major logistical challenges for mass treatment outside major urban areas and in low or middle income countries,” said Andrew Hill, a senior visiting research fellow in the department of pharmacology at the University of Liverpool.

When we expect life in the UK to return to normal?

According to professor Sir John Bell, a member of the government’s Scientific Advisory Group for Emergencies, life in the UK could start returning to some degree of normality by spring next year.

“I’m probably the first guy to say that but I will say that with some confidence,” said Sir John, who is regius professor of medicine at Oxford University.

Professor David Nabarro, the WHO special envoy on Covid-19, was less optimistic in his assessment.

“Even if a vaccine arrives in the near future we’ve got many months of still dealing with the virus as a constant threat,” he said. “The vaccine will help, but it’s not going to be a complete game changer.”

Peter Horby, professor of emerging infectious diseases at Oxford university, said “there is a long, long way to go before vaccines will start to make a real difference”.

No 10 has said it expects to access 10 million doses of the Pfizer vaccine before the end of the year, which means up to 5 million people could be vaccinated. A further 30 million doses will follow throughout 2021.

These first jabs will be made available for the most vulnerable in society, along with healthcare workers on the frontline, in accordance with government guidance.

Should the Oxford University vaccine also prove effective, the UK will have access to a further 60 million doses – but these too will take time to be manufactured and rolled out. (There are also questions of which groups in society will receive which vaccine, assuming more than one works).

Either way, the idea that coverage of the UK population could be achieved by spring is very unlikely. However, there is hope that the impacts of the pandemic on our daily lives may have eased by next summer

What are the advantages of the technology used by the Pfizer vaccine?

No actual virus is needed to create an mRNA vaccine. This means the rate at which the vaccine can be produced is dramatically accelerated. As a result, mRNA vaccines have been hailed as potentially offering a rapid solution to new outbreaks of infectious diseases.

In theory, they can also be modified reasonably quickly if, for example, a virus develops mutations and begins to change.

mRNA vaccines are also cheaper to produce than traditional vaccines. But both will play an important role in tackling Covid-19.

Any other good news?

Yes. There are a number of other vaccines in development that use the same mRNA technology as Pfizer, including the Moderna candidate, which is also expected to announce its phase 3 trial data soon.

On account of this, experts are confident there will be more than one vaccine capable of generating an immune response.

Richard Hatchett, chief executive of the Coalition for Epidemic Preparedness Innovations, said: “We believe these interim results also increase the probability of success of other Covid-19 candidate vaccines which use a similar approach.”

Sir Bell said: “It rolls the pitch for other vaccines because I can't see any reason now why we shouldn't have a handful of good vaccines.”

We have 152 guests and one member online