More than 130 Secret Service agents have been placed in quarantine after either testing positive for Covid-19 or being exposed to the virus while guarding Donald Trump.

Nearly 10 per cent of the agents' core team has been compromised due to the virus, according to The Washington Post.

The Secret Service employs approximately 1,300 officers in its Uniformed Division, which makes up the bulk of the individuals who protect the residences of the president and vice president.

Secret Service agents follow Mr Trump and his family around and are present with him at all events, which include rallies with high numbers of individuals who are not wearing masks, and White House functions that have become superspreader events.

In the lead up to Election Day, Mr Trump made five campaign stops in two days. 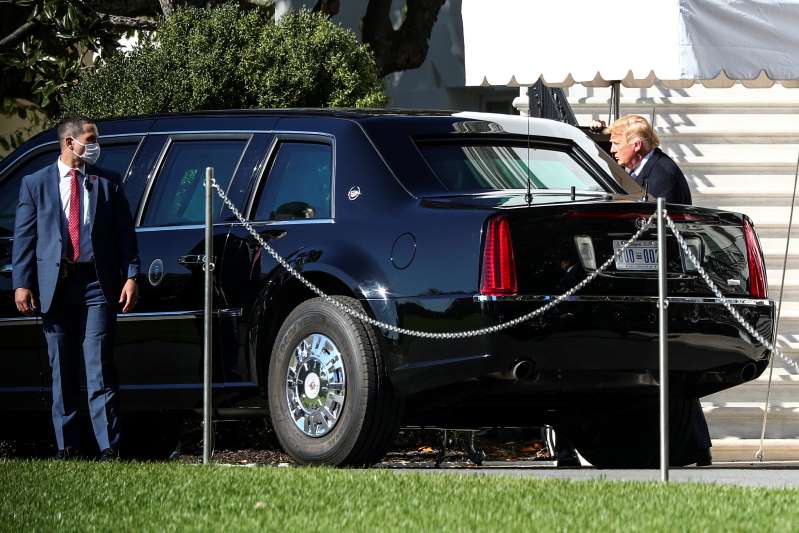 Each stop required its own team of Secret Service agents - usually numbering between 20 and several dozen - to travel to the campaign location, screen spectators and secure the venue and the surrounding area.

Joe Biden also made a pair of campaign stops, though they required fewer agents are were smaller events.

The most recent breakout occurred during an election night event at the White House attended by hundreds of mask-less Trump supporters.

Though travel appears to account for some of the agents' infections, the agency is also investigating how many agents are exposed simply by working inside the White House.

Many White House staff do not wear masks, including some Secret Service agents.

The large number of agents who have been infected is becoming a burden for the officers left to pick up the slack in their absence.

Many agents are overworked and forced to forego taking days off of work on top of working longer hours.

“Being down more than 100 officers is very problematic,” a former senior Secret Service supervisor told The Washington Post. “That does not bode well for White House security.”

In 2015, a blue-ribbon panel determined that overworked Secret Service officers was a key factor contributing to security breaches at the White House.

This is not even the first time a spike in Secret Service coronavirus cases has occurred; over the summer, dozens of Secret Service agents were infected or pulled off duty due to an outbreak that occurred in the midst of a busy and travel-filled Trump campaign schedule.

Catherine Milhoan, a spokesperson for the Secret Service, told The Washington Post that the agency "continues to methodically assess the unique requirements necessary to operate in the ongoing pandemic environment."

Infections are not only concentrated in the White House; GOP staffers at the Republican National Committee - including Chief of Staff Richard Walters - have also contracted the virus.

Some of those infected believe they were exposed to the virus during large staff gatherings.

We have 110 guests and one member online