The family of a “Covid denier” said they begged him to wear facemask before he died alone in his flat from the virus that has claimed over 100,000 Brits.

Artist Gary Matthews, 46, had a positive Covid-19 test and was in isolation when he passed away at his home in Shrewsbury, Shropshire, on January 13.

He had been ill for a week and tested positive the day before he died.

It is not known exactly how the "kind but shy” painter caught the virus, but according to his family he did not wear a mask or adhere to safety measures and continued to meet with friends after falling for wild covid conspiracy theories online.

His Instagram profile shows he was a talented portrait artist, creating portraits of famous faces from film and music like Roger Moore after he took up painting in later life, attending the University of Wolverhampton’s Fine Art painting course.

In a profile on a local art group, he said: “I have been an avid drawer from a young age.  From early on drawing for me was a means of telling stories as much as writing.

"I am drawn to images in painting and photography that capture the moment; that utilizes lighting and colour to convey a mood or atmosphere.”

His last retweets include Talk Radio’s Julia Hartley-Brewer calling for a “reality check” that most people in the UK don’t know someone who died of the virus, and Mark Dolan’s return to the same station after he cut up a facemask on a live stream. 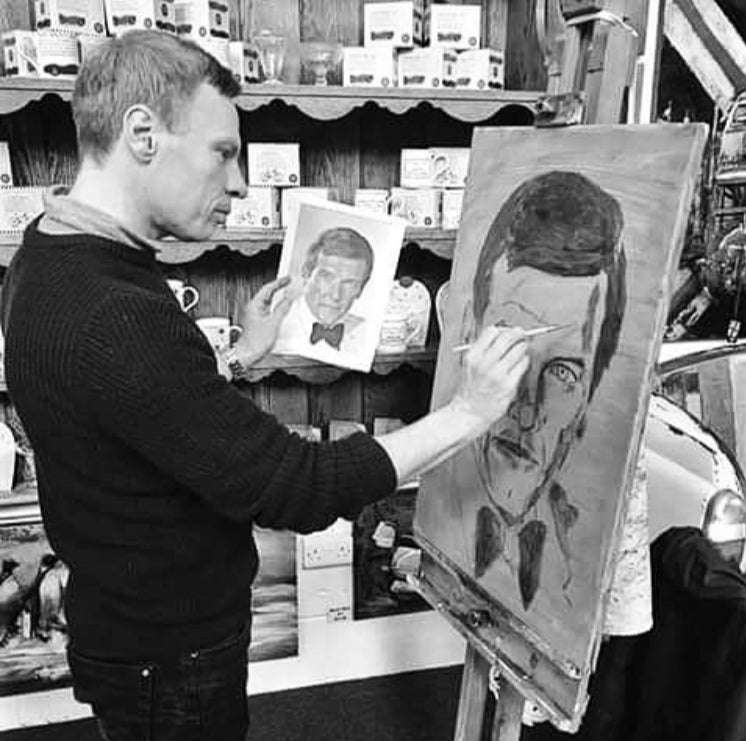 Matthews’s cousin Tristan Copeland said he had begged him to wear a mask and maintain social distance. “But he and his friends had the mindset that they needed to go out and meet people to show they didn’t believe the government.

Mr Copeland called his cousin a “brilliant artist”, telling the Shropshire Star: “He didn't deserve that. No-one does... He was still a beloved member of the family and he didn't change as a person."

“It has been heartbreaking for the family. We're still taking it all in. They were all very close. He'd speak to his family every other day. He had a sister and a niece and nephew.”

His mother posted a short tribute, saying: “My beautiful son we will walk along rivers together someday, no matter what people may say or make up, as a family we will love you forever.”

Peter Roscoe posted a tribute to Gary who he met aged 19 when he worked door to door selling the Socialist Worker and hit out at people using his friends profile to spread Covid conspiracies.

“A great artist and photographer and a gentle guy. He wanted a better world”, Mr Roscoe wrote.

“I was so sorry that, in recent times, he seemed convinced that Covid was some sort of hoax or part of a worldwide conspiracy, and it feels awful, to me, to see his page now being used by people who want others to share that world view.

“Gary chose to disregard Covid precautions. Now he is dead.

“Thank you for challenging those who are using his site as a platform for, in my view, cold dangerous and cruel ideas about what it is to be a human being. Gary was not like that”.

His family revealed his funeral will take place on February 9 with limited attendees. They asked mourners to respect their privacy and let them grieve in peace during this difficult time.

They added: “Please be considerate when posting comments online.”

He wrote: “Pernicious propaganda is already putting lives at risk — causing people in our city, including the most vulnerable, to reject the opportunity to be vaccinated.

“Throughout this pandemic,  Londoners have been extraordinary in the way they have responded — making incredible sacrifices and supporting the most vulnerable. Becoming effective vaccine allies is now one more duty we must take on to win this battle — because this is how we can save many thousands of lives, protect our NHS and get our city back on its feet.”

We have 23 guests and one member online