Faecal transplants could help patients with form of skin cancer

Faecal transplants involve stool and the microbes it contains being taken from one individual and introduced into the gut of another person.

The approach has become a promising treatment for recurring clostridium difficile infections, and is also being explored for a host of other conditions including inflammatory bowel disease.

Now researchers say it may also help patients with melanoma – a potentially deadly form of skin cancer that can be treated with immunotherapy.

“[Immunotherapy] works by essentially unleashing the body’s own immune cells against the cancer,” said Dr Diwakar Davar, a co-author of the new study from the University of Pittsburgh. “The problem is that these drugs don’t work perfectly, in that they don’t work all the time.” 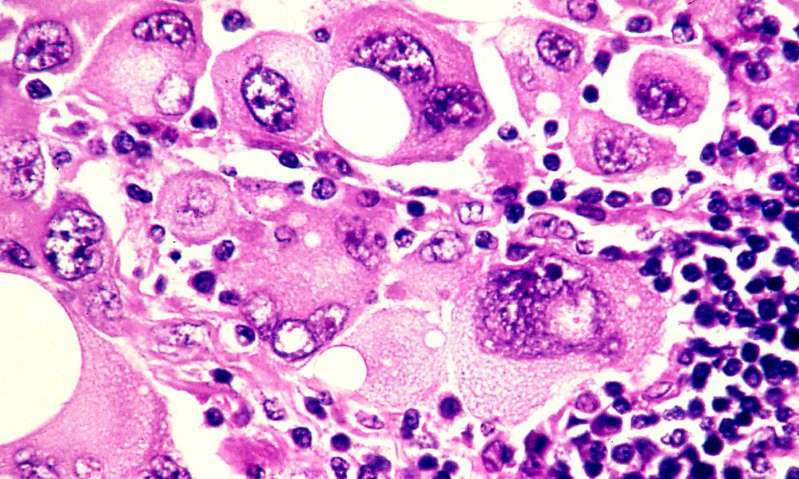 According to Davar, only 30-50% of melanoma patients given immunotherapy respond to it, and even among that group, the response can change over time.

But a growing body of research suggests that such figures could be boosted by turning to the gut.

“What other people have shown [is that] it appears that the microbes that inhabit our gut mediate some measure of response,” said Devar.

Writing in the journal Science, Davar and colleagues report how they took stool from seven individuals who had previously shown either a full or partial response to immunotherapy, called pembrolizumab, for melanoma.

They then screened the stool for potentially harmful viruses, bacteria or fungi before transferring it to patients with melanoma who had previously not responded to the immunotherapy. After receiving the transplant these patients were given pembrolizumab, which was repeated every three weeks, and the patients’ progress was followed for an average period of 12 months.

The results from 15 patients, enrolled between June 2018 and January 2020, who received a faecal transplant reveal that six appeared to show benefits, with three showing a large reduction or complete eradication of the cancer.

“The other three had cancers that stopped growing,” said Davar.

The team found that when the 15 patients were taken together, the median overall survival time after the faecal transplant was seven months. But for the six patients who responded to immunotherapy after receiving a faecal transplant, it was 14 months. Benefits were also seen when the team looked at how long patients lived with the cancer without it getting worse.

Further work showed that the six transplant recipients that went on to respond to pembrolizumab developed a community of gut microbes similar to those of the donor stool, in particular becoming richer in two broad types of bacteria, firmicutes and actinobacteria, that have previously been linked to a good response to immunotherapy. They also showed a drop in particular cells and proteins that suppress the body’s immune response to the cancer, and signs of a boosted immune response.

“The bacteria work by reducing the amount of adverse immune cells,” said Devar.

The study has limitations, including that it is based on only a small group of patients.

It is also unclear why the faecal transplant only led to benefits in six of the transplant recipients although the team offer a number of possibilities, including that some patients might not have had a big enough shift in their gut microbe to change their response to the immunotherapy, or that the patients’ immune system was unable to tackle the cancer regardless of the microbes present.

Davar said the next step is to carry out trials with larger groups of patients, and for other cancers that are treated with immunotherapy. And there’s another goal: replacing faecal transplants with a pill containing the necessary collection of microbes.

Prof Jennifer Wargo of the University of Texas MD Anderson Cancer Center, who was not involved in the study, said the work was exciting, but there is a long way to go, with research needed on ways to determine the best stool donors and key components of the stool.

“This really does paint a bright future for being able to modulate gut microbes to improve responses to cancer treatment and maybe even improve overall immune health,” she said

We have 89 guests and 2 members online