Princess Charlene made her way back to Monaco in early November following nearly eight months in South Africa after she was grounded by an ear, nose, and throat infection. The Principality announced shortly after her return she would be seeking additional treatment away from Monaco due to fatigue and a need for "tranquility." According to expert Britney Barger, the royal agreed to seek additional treatment after being confronted by her family

The Royal Central expert said: "They basically had some sort of intervention with her brothers and sister-in-law and she recognised she needed help.

"Albert did say that the kids would be able to see her soon but there's been really no update, as usual, from the princely palace so we don't know if she'll be there for Christmas.

"She usually undertakes quite a few engagements around Christmas but I think it's safe to assume she won't be doing it this year."

Earlier this year, the palace announced Princess Charlene had to undergo repeated surgical treatment because of an unspecified ear, nose, and throat infection that forced her to remain in South Africa, where she had gone to visit family and undertake some engagements.

Prince Albert reassured the public Princess Charlene is not suffering from any "incurable" disease but needed time to fully recover from the taxing experience she had gone through. 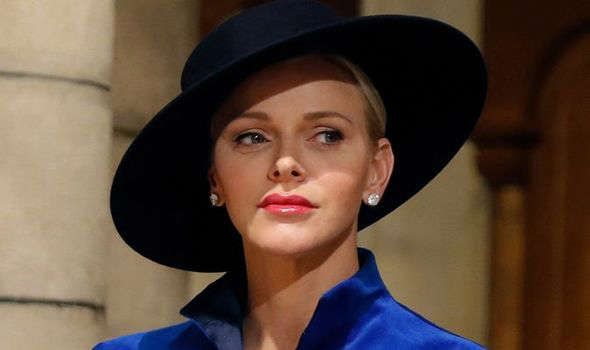 "Everyone needs to understand that.

"I say it kindly: leave her alone, leave us alone for a while."

"The princess is not suffering from any serious or incurable disease.

"It is the consequence of all the operations she has undergone over the last few months."

Princess Charlene broke her silence on Friday as she shared a special message on her personal Instagram account to wish her twins a happy birthday.

Prince Jacques and Princess Gabrielle turned 7 on December 10, and they celebrated at the palace with a private celebration and personal cakes.

"Thank you God for blessing me with such wonderful children.

We have 47 guests and one member online