Oesophageal cancer: Early signs may be attributed to other digestive issues - what to spot

The NHS says oesophageal cancer is a cancer that's found anywhere in the oesophagus, sometimes called the gullet or food pipe. The health body says: "There are many possible symptoms of oesophageal cancer, but they might be hard to spot." Cancer Research UK says most people are over the age of 60 when they are diagnosed, though this is not always the case.

The NHS says they can affect your digestion, such as:

Cancer Research says: "You should see your doctor if you have difficulty swallowing, or you have symptoms that are unusual for you or that won't go away."Your symptoms are unlikely to be cancer but it is important to get them checked by a doctor." 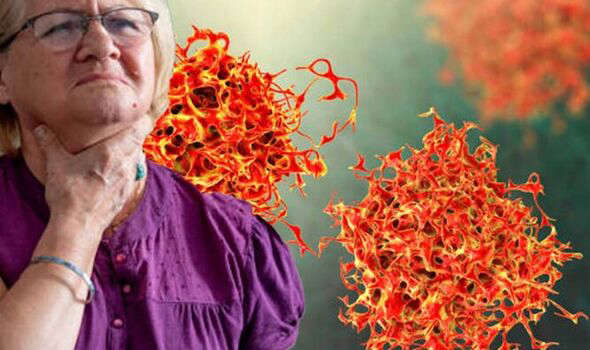 The charity says: "You may regurgitate food - this is when food comes back up soon after you swallow it. It usually starts with food like meat and bread. You may start to bring up soft foods such as mashed potato, drinks and saliva if you don't have treatment."

It adds that a cough that won't go away or that happens when you try to eat can be caused by oesophageal cancer.

Cancer Research also notes: "Your voice can become raspy or croaky. It's not a common symptom and can be caused by other harmless conditions."

It adds: "Your poo may be darker - almost black - if cancer is making your oesophagus bleed. This is uncommon. You can get darker poo if you're taking iron tablets."

It says the number of people diagnosed with oesophageal cancer in Northern Europe is approximately 5.5 people in 100,000.

"Important risk factors for cancer of the oesophagus include smoking cigarettes and drinking alcohol, particularly spirits," it adds.

Moreover, seven in 20 oesophageal cancers are caused by smoking.

Guts UK says: "A combination of both smoking and spirit-drinking considerably increases the risk.

"The risk of this kind of cancer is also potentially increased for people who consume their drinks very hot."

Nonetheless, the Mayo Clinic says it is not exactly clear what causes the cancer.

It notes it occurs when cells in the oesophagus develop changes in their DNA. 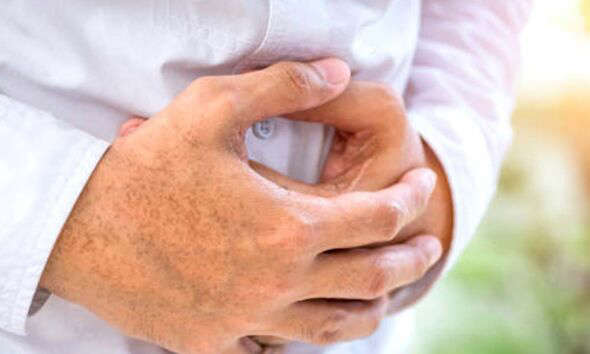 "The changes make cells grow and divide out of control. The accumulating abnormal cells form a tumour in the oesophagus that can grow to invade nearby structures and spread to other parts of the body.

"You can take steps to reduce your risk of the cancer, according to the charity:

No thoughts on “Oesophageal cancer: Early signs may be attributed to other digestive issues - what to spot”

We have 52 guests and no members online