Cataracts, which develop when the transparent lens in the eye becomes cloudy with patches of protein, currently account for almost half of global cases of blindness.

In the developed world, surgery is common and most patients leave hospital after 40 minutes.

But in poorer countries, cataracts often go untreated due to various factors such as cost and lack of access to trained doctors, leaving millions to suffer eventual sight loss.

Now a team of international scientists says they can change this by giving patients an anti-cataract drug compound instead.

Researchers, led by Professor Barbara Pierscionek at Anglia Ruskin University in East Anglia, have carried out advanced tests on the drug.

And today they report that the medicine - known by the scientific community as oxysterol compound VP1-001 and developed by a separate team of experts - restores focus in the lens of around half the laboratory mice it has been tested on.

The next step is for the drug to be trialled on humans. It is not known if the medication will be given via eye drops or in a tablet form. 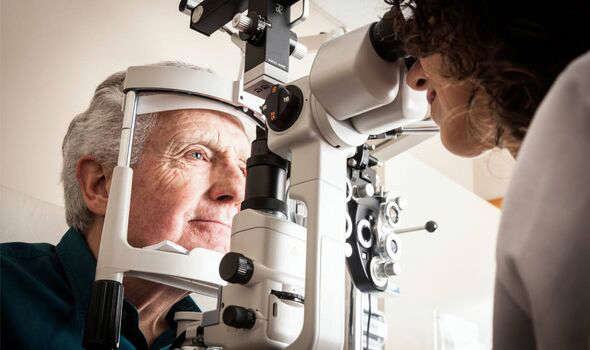 GETTY Exciting... Drug treatment could put an end to surgery for cataracts

Prof Pierscionek, deputy dean in the faculty of health, education, medicine and social care at the university, told the Daily Express: "It is far better to be using medications to treat a condition rather than invasive surgery, so developing drugs that affect cataracts are an exciting development.

"We are now understanding cataracts right down to the different proteins involved and that's very exciting. And they are different, so we need to look at cataracts as a family rather than all being the same."

She added: "Cataracts are one of the main causes of vision loss and blindness worldwide, yet for many people surgery is inaccessible for various reasons. This study has shown the positive effects of a compound that had been proposed as an anti-cataract drug but never before tested on the optics of the lens."

Professor Pierscionek's team have also found that a protein called aquaporin, responsible for the passage of water in the lens, may disrupt optical development and lead to cataract formation.

She said: "This is the first research of this kind in the world.

"It has shown that there is a remarkable difference and improvement in optics between eyes with the same type of cataract that were treated with the compound compared to those that were not. Improvements occurred in some types of cataracts but not in all, indicating that this may be a treatment for specific cataracts.

"This suggests distinctions may need to be made between cataract types when developing anti-cataract medications."

The problem, which develops over time, is caused by an accumulation of protein in the lens, reducing the transmission of light to the retina.

At the moment, cataracts can only be treated by a surgical procedure to remove the cloudy lens and insert an artificial replacement.

In the UK, cataract operations are the most frequently performed surgical procedure.

On average, 450,000 cataract procedures are undertaken in this country every year.

The procedure has an almost 100 per cent success rate and is quick, painless and does not need the patient to have a general anaesthetic.

Around 95 per cent of cataract surgeries are carried out using local anaesthetic and are completed within just 10 minutes.

In most cases after the operation, the patient will leave the hospital within 40 minutes or so of their procedure being completed.

They will usually be completely recovered within two to six weeks afterwards.

The surgery demands a high level of micro-surgical skill but is one of the most successful in modern medicine, with increasingly higher patient and surgeon outcome expectations.

The findings of the latest research are published in the journal Investigative Ophthalmology and Visual Science.

No thoughts on “New drug saves cataract sufferers from surgery”

We have 39 guests and no members online