In May, Health Secretary Matt Hancock said "every resident and every member of staff in our elderly care homes in England" would be tested "between now and early June". But the study of around 32,000 care home residents found that 37% have not been tested, while 15% of care homes have not had any of their residents tested.

Nala Ahmed from the National Care Association said: "It's disappointing. We stressed from the beginning that testing was key to making sure we had a handle on where the virus was and how to contain it within care home communities.

"It is disappointing to think that only not everyone has had tests, despite being told everybody can have them and they are available." 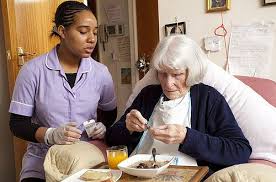 The T-Dab research based on Person Centred Software statistics suggests the proportion of care home residents in England tested in this period has increased from 13% in mid-May to 53% as of Thursday. But it also signals just 10% of residents were tested in the last seven days.

T-Dab director Simon Briscoe said: "The rate of testing rose dramatically in the last week of May and into June as the government sent roughly one million test kits to care homes.

"The many links in the chain of testing from care home staff, local health officials, a website and test centres, combined to leave testing rates very low. "With barely half of residents having been tested it shows that more than simply issuing testing kits is required to provide care homes with the support and guidance they need."

This week's figures from the Office for National Statistics show there were 14,028 coronavirus-related deaths recorded in care homes in England and Wales in the year to 5 June. That means nearly half of all deaths from the virus are happening in care homes.

Helen Wideborn, director of The Relatives & Residents Association For Quality of Life of Older People in Care, said: "These figures will be hugely concerning and disappointing for relatives and friends of old people receiving care, who were promised this testing system would be rolled out to prevent spread of virus.

"We haven't learned lessons from elsewhere in the world about test, test, test being the route to saving lives." :: Listen to the Daily podcast on Apple Podcasts, Google Podcasts, Spotify, Spreaker A spokesperson for the Department of Health and Social Care said: "We have achieved our target to offer testing to every care home for the over-65s, or those with dementia, in England by 6 June.

"We sent more than one million test kits to almost 9,000 care homes, and are now sending out thousands more tests every day to residents and staff in all remaining care homes." But many fear that with care home staff not medically trained to test vulnerable patients, more will have to be done to improve testing numbers among the most vulnerable in society.

We have 79 guests and no members online