Vitamin D deficiency: The surprising supplement that could stave off the condition

Vitamin D deficiency: The surprising supplement that could stave off the condition

The NHS says if you're still spending more time indoors than usual during spring and summer, you should take 10 micrograms of vitamin D a day to keep your bones and muscles healthy. In general, from early April to the end of September, most people should be able to make all the vitamin D they need from sunlight.

This is because the body creates vitamin D from direct sunlight on the skin when outdoors.

You can also take vitamin supplements or make sure to consume certain foods.

It may be difficult, especially for people who have certain dietary restrictions, to get enough vitamin D from their diets, which is why some people may choose to take supplements. 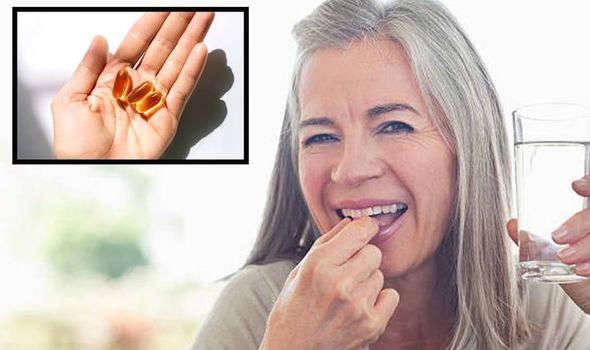 During the autumn and winter, you need to get vitamin D from your diet because the sun is not strong enough for the body to make vitamin D.

The Cleveland Clinic says consuming one tablespoon of Cod liver oil can provide you with 1360 International Units (IUs) per serving.

The recommended dietary allowance for people nine to 70 years old is around 600 IUs, and no more than 4,000.

The site says: "Always tell your doctor about the drugs you take and any vitamin D supplements or other supplements or herbs/alternative health products that you take."

The NHS has also outlined some other food sources of the vitamin. As well as oily fish, these include red meat, liver and egg yolks.

You may also choose fortified foods, such as some fat spreads and breakfast cereals.

"In the UK, cows' milk is generally not a good source of vitamin D because it is not fortified, as it is in some other countries," it adds.

Taking too many vitamin D supplements over a long period of time can cause too much calcium to build up in the body, which can weaken the bones and damage the kidneys and the heart.

Symptoms of vitamin D deficiency can include muscle weakness, pain, fatigue and depression.

A lack of vitamin D can lead to bone issues such as rickets in children, and bone pain caused by a condition called osteomalacia in adults.

Patient Info has outlined a number of other symptoms in adults.

The site says: "Some people complain of general tiredness, vague aches and pains and a general sense of not being well."

It adds that in more severe deficiency, muscle weakness may cause difficulty in climbing stairs or getting up from the floor or a low chair, "or can lead to the person walking with a waddling pattern"

Adults may also find that bones can feel painful to moderate pressure .

"Not uncommonly, people have a hairline fracture in the bone which is causing tenderness and pain," the site adds.

We have 112 guests and one member online