The hospital inspector sacked and vilified for doing his job

The hospital inspector sacked and vilified for doing his job

A consultant orthopaedic surgeon with years of experience and an unblemished reputation, Shyam Kumar was recruited by the Care Quality Commission in 2014 as a part-time special adviser. His role for the health watchdog – consisting of a few days’ work every year – was to conduct hospital inspections. But in 2019, after he raised concerns about clinical negligence and the inadequacy of CQC inspections, he was sacked. 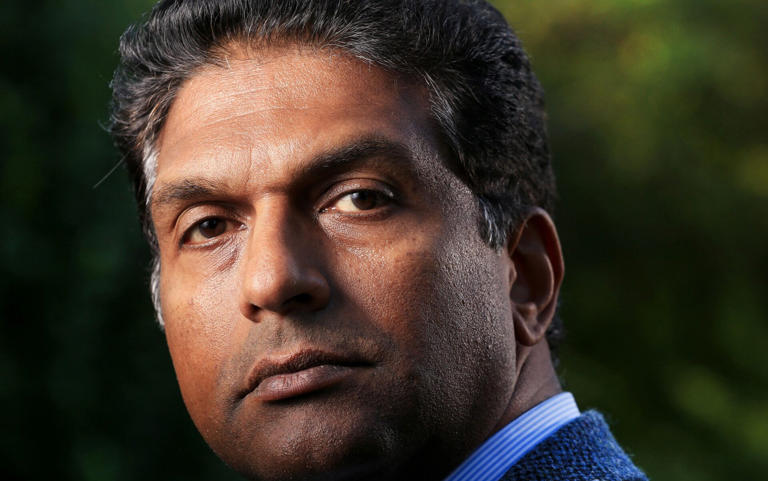 Now an employment tribunal has found that his dismissal was unfair and has awarded him £23,000 for injury to feelings.

“I felt morally wronged,” the father of two says. “It’s my integrity that I got back.”

Kumar, 55, who works at the University Hospitals of Morecambe Bay NHS Foundation Trust, did not ask to be reinstated. (Nor was this about monetary loss – he was unpaid for his role, except once when he was on annual leave.) “I don’t want to be part of it,” he says. And no wonder.

Kumar’s first complaint was in 2015 when he alleged that the CQC had attempted to curtail an investigation into South Tyneside hospital and subsequent claims of bullying by CQC officials when Kumar questioned their decision-making.

“I think we need to look into this a bit more deeply,” he told the CQC inspector in charge, after a number of doctors spoke to him off the record about serious clinical concerns they had about the orthopaedic department. Her response, he felt, was demeaning. “I felt like a nursery school student in front of a heavy-handed headmistress. I don’t think they wanted me to scratch below the surface.”

His letter of complaint to the then Chief Inspector of Hospitals at the CQC, Prof Mike Richards, followed up with an email and phone calls, received no response.

Kumar’s other concern, which he escalated to the CQC in 2018, was that he and other consultants believed that the work of an individual within his own NHS Trust – University Hospitals of Morecambe Bay – was causing patients significant harm and that the trust had not taken sufficient action.

“Further investigating the harms, preventing further harms, clearly falls in the CQC’s remit,” he says. “[But] they didn’t heed that at all.” It wasn’t until MPs and NHS England got involved in 2021 that a Royal College of Surgeons review was initiated. “They found at least 26 patients were harmed,” says Kumar. 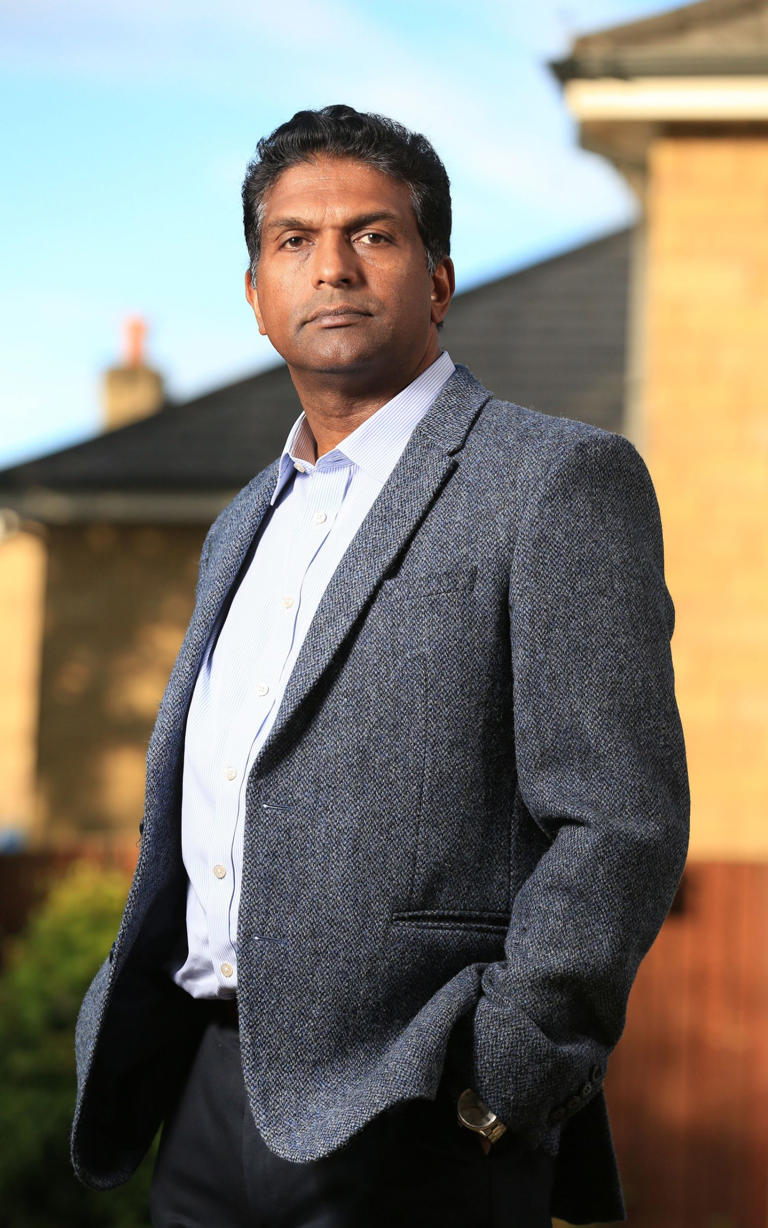 Shyam Kumar: ‘The standards they want others to follow do not apply to them. That is the impression I got.’ - Lorne Campbell / Guzelian© Provided by The Telegraph

Also in 2018, Kumar visited a hospital where “the whole of the surgical division had to be inspected”. He was the only consultant in the team. “They were asking me to inspect orthopaedic surgery, hepatobiliary, vascular, ENT – and multiple other specialities across two sites.” He told them it wasn’t possible, and was beyond his expertise, but he said that he was told they didn’t have enough staff, and to complete the inspection.

This time, in his complaint, he wrote: “The CQC itself has criticised and ranked some trusts negatively for lack of staff, but it appears that the regulator itself is in serious trouble here.” He suspects this email was “the last straw”. (He has a jolly laugh, even at painful moments.) In February 2019, he was sacked. “They showed no mercy.” If only, he says, one person at the CQC had noted, “Kumar was recruited for his professional standing, has somebody listened to him?” He was shocked by the regulator’s behaviour. “They considered me a thorn in their side. Their response when you point out their inadequacies can be brutal.”

He says he was subjected to “falsehoods” and “character assassination behind my back” – there is astonishment in his voice even now. From his experience, he feels the CQC has a “bullying culture”. He feels they breached their own values. “The standards they want others to follow do not apply to them. That is the impression I got.”

For example, after his tribunal case was filed, court documents show that CQC officials emailed his employers asking whether there were any “past issues” on his file. “They’re misusing their authority as a regulator. It’s a serious offence in my opinion. They have no right to request information from my employer.” There was no dirt to dig up, but that’s not Kumar’s point. “It’s unbelievable that this was happening in the offices of the prime regulator of health care in the country.”

The British Medical Association (BMA) supported him, funding his case. As the judges acknowledged, he says: “I have an untarnished reputation.” He knows he could have kept quiet. “It’s not my employment. But I felt so insulted, wronged. I didn’t want this to hang over my head until I died. It’s a blot on my career.”

He was fortunate in this “David and Goliath scenario” to have support. “My family stood by me – my wife and two children. A few close friends. And most of my colleagues.” Though not all raised their head above the parapet. “It was a lonely place in the court. I was cross-examined for three and a half days by a QC. I had three CQC officials sitting not very far from me. I found it extremely difficult and stressful. I lost sleep.” The first phase of the hearing was in November 2021. Usually, he says, he is “very active in the Christmas celebrations on our street”. That year, he “sat inside”.

It’s been “a long battle”. But the response to the judgment makes him feel that “I fought for thousands and thousands of NHS workers and patients. I feel vindicated.” Now, he’s receiving flurries of emails, letters and phone calls from other health-care staff, saying they have had similar experiences, and thanking him. “I’m not alone.”

It begs the question, why would any esteemed clinician want to be a CQC special adviser? “They’ve lost the confidence of the health-care community now,” Kumar believes. Yet he sees no sign of anyone in the CQC being held accountable for their actions. There should be consequences for those who “failed in their duty”, he says.

It’s not the regulator’s first controversy. The CQC rated maternity services at Shrewsbury and Telford NHS Hospitals Trust as “good” in 2015. The Ockenden Report, published earlier this year and led by senior registered midwife Donna Ockenden, found that over 20 years, 300 babies died or were left brain damaged due to “avoidable errors” in care. 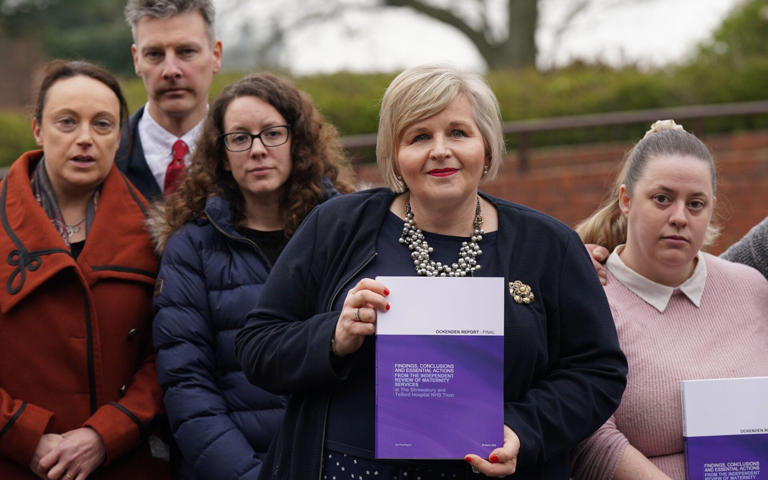 A government review of public bodies, including the CQC, is now under way and a report in Pulse, a news magazine for GPs, earlier this year revealed that ministers are considering whether to abolish the watchdog and return powers to “more accountable ministers”.

Given the CQC’s current state, Kumar believes this to be “a reasonable suggestion”. He says: “You have an unaccountable regulator at the moment. What’s the point?”

As he points out, the line from the CQC was: “‘No one else has a concern, there are no problems, everything is fine, I am the problem – and then, patients are found to have been harmed.” He has received a private apology from the regulator, but “in the public statement they don’t acknowledge that the court says I was victimised for raising concerns. There is a reluctance to say that openly and say, ‘Sorry, we got it wrong’.” An apology is only an apology if the public knows about it, Kumar says. “My reputation has been tarnished in public.”

After the case, the CQC public statement read: “We accept the tribunal findings and have learnt from this case. We have already improved many of our processes and will continue to review these based on the findings to ensure we make any further necessary changes.” In contrast, the BMA said: “Rather than punishing those who bravely speak up, the system should be supporting them, so that steps can be taken to improve safety for both staff and patients.”

Kumar believes if patients, NHS workers, and the public are to have confidence in the watchdog, there needs to be an investigation by an independent body. “They have to show demonstrable and visible action against individuals within the CQC as a model, so that nobody else is subjected to the same treatment. They need to clean their stables.” Kumar also notes, “We have a new Health Secretary now. She’s starting with a clean slate.” Now might be a good time, he says, to look a little closer at the CQC.