Indulgence in food is one of the great joys of the festive period, and with it could come a degree of belching, also known as burping, from those who indulge. However, more than just a reaction to the food reacting to your stomach, it could be a sign of a common, but relatively unknown condition.

Express.co.uk has been speaking to Anna Mapson to find out what that condition is.

SIBO stands for Small Intestinal Bacterial Overgrowth, and burping this winter could be a sign that you have this condition.

Registered nutritional therapist and SIBO expert Anna Mapson has been speaking to Express.co.uk on the link between burping and SIBO.

Ms Mapson said: "Burping is a sign of small intestinal bacterial overgrowth (SIBO). This is a condition where microbes grow in the small intestine. SIBO is caused by slow gut motility, which can be linked to adhesions, poor diet, low fibre diet, medication (e.g. opioid based pain killers) or even a previous case of food poisoning.

"The reason SIBO causes burping, is the microbes in your small intestine ferment carbohydrates from your diet, and this creates gas. If the gas creation is near the proximal part of the small intestine, the gas is more likely to come upwards, rather than pass through the body to the anus." 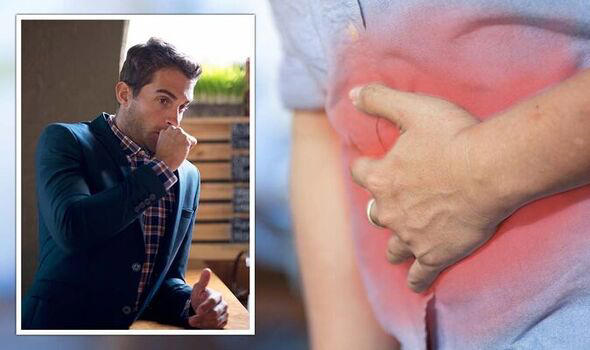 Man burping and another with abdominal discomfort.© Getty

Although likely an unfamiliar name, SIBO is one of the most common conditions in the UK. However, the reason why few have heard of it is because it is often misdiagnosed as IBS (Irritable Bowel Syndrome).

Such is the level of misdiagnosis, it is estimated that around 80 percent of people who have been diagnosed with IBS actually have SIBO instead.

To get an idea as to how many people have IBS, it is thought by healthcare provider BUPA that anywhere between one in two and one in 10 people have IBS.

Take 80 percent from either of those figures and you have hundreds and thousands of patients who actually have SIBO.

What are the main symptoms of SIBO?

Other than burping, SIBO can cause a range of symptoms, including nausea, acid reflux, and bloating.

How do I tell the difference between SIBO and IBS?

Meanwhile, with IBS the bloating is further down due to the positioning of the large intestine.

However, it isn't just the location of the bloating, but the timing too. 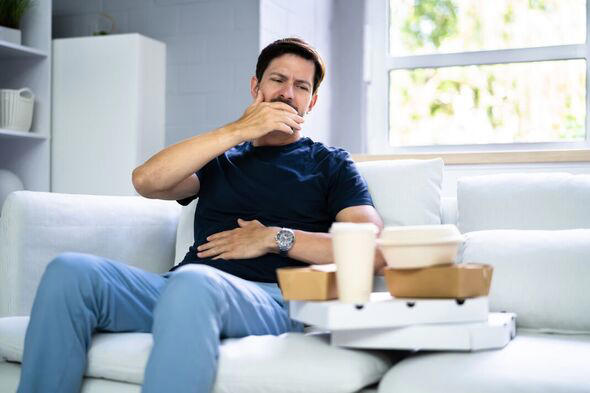 How do you test for SIBO?

SIBO is normally diagnosed using a breath test and depending on the result of that test will depend on the type of SIBO someone has.

Furthermore, in common with other conditions, SIBO has a number of risk factors, including:

Can SIBO be treated?

Yes, SIBO can be treated, or rather, solved through other means

Ms Dixon said: "You can eradicate SIBO, but it can relapse if you don't address what caused it in the first place. You need to be working on gut repair and calming any inflammation in the gut." 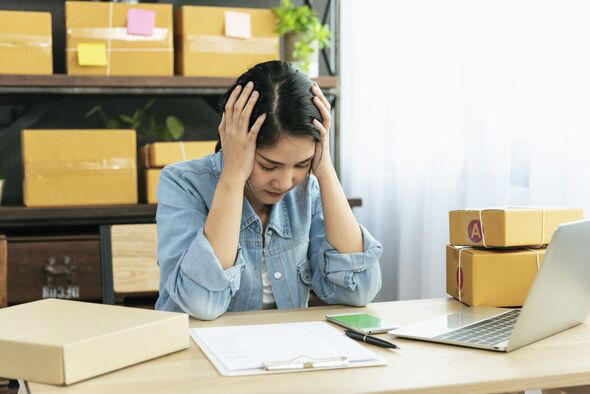 What if SIBO is left untreated?

Ms Dixon said SIBO "can cause systemic issues because [it] causes inflammation, the gut bacteria become imbalanced and when you've got inflammation in the gut, that disrupts the immune system in the gut which leads to inflammation so it can lead to joint disorders or neurological disorders".

As a result, untreated SIBO can cause a range of complications for both the body and mind.

Ms Dixon added that one of the major problems was with a lack of SIBO awareness: "I think lots of people don't believe in SIBO. I think they think it's a general bacterial overgrowth in the whole gut, I think it's old-fashioned thinking in a way."

Furthermore, because so many people who have SIBO have actually been diagnosed with IBS, this means thousands, potentially millions, of patients could be receiving the wrong treatment.

The hope is that with more discussion of SIBO will come greater awareness and a step towards more people receiving the correct treatment for the right condition.

No thoughts on “‘Burping' could be a sign of serious condition 'SIBO', warns expert - other signs to spot”

We have 41 guests and no members online