Nurses are struggling – our strike has been a long time coming

Nurses are struggling – our strike has been a long time coming

After the Royal College of Nursing announced that its members would strike for the first time over the fortnight before Christmas, Matt Smith, an advanced nurse practitioner in a children’s intensive care unit in London, shares why he is planning to stop work. 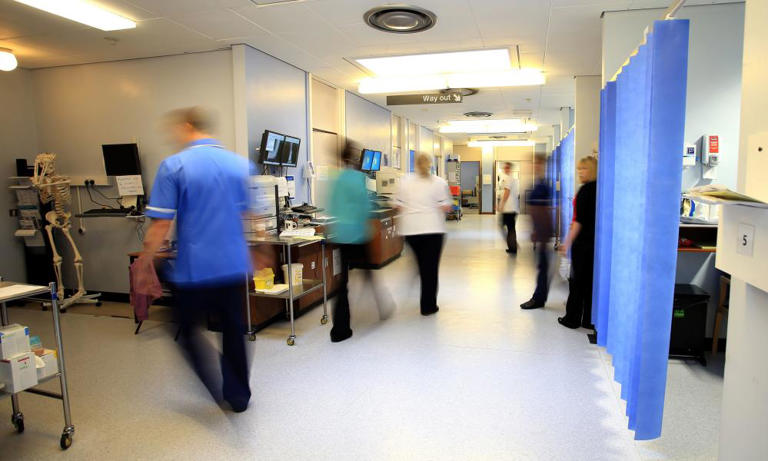 I never thought as a nurse I would go on strike, but the mistreatment of the UK’s healthcare workers over the last decade means this is now our only option. The nurses’ strike has been a long time coming.

I have worked in London hospitals since 2004 and within this time my pay has not kept up with inflation. With pay stagnating, more staff are leaving the NHS, which puts more pressure on those who are staying. The work is more stressful and tiring, nurses are having to work extra shifts on their days off to be able to pay their bills and then becoming sick because of it.

Nurses are becoming burnt out and there’s no reward for it. You’re just tired the whole time – some days I come into work dreading what it’s going to be like. We’re run down, and morale is low.

It’s also becoming very hard to retain staff. The ward I work on had a lot of European nurses; since Brexit we have had a vast reduction – a lot have left the UK. Others leave for other professions. When health workers can get paid more working in a shop, with a better work-life balance, then the system is clearly broken.

Patient safety is risked on a daily basis. You see it with patients who are stuck in ambulances and not getting appropriate treatment. Or those stuck in the hospital longer, getting complications.

Nurses are struggling. When I started, there was never any talk about food banks. Now you have hospitals setting them up because staff can’t afford to buy essentials. This has gotten worse, especially now with the cost of living crisis. I can’t afford to live near the hospital, and [this year] travel in London went up by 4-5%. Then there’s the rising cost of food, petrol, energy.

The pay award this year was laughable. As a senior nurse, mine was 1.8%, far below the current level of inflation. It’s a pay cut. In the last 10 years we’ve had a 20% loss in earnings. We’re not asking for a pay rise – we’re asking for pay restoration to bring us back to where pay had been. Awarding 5% above inflation will go some way to correcting the historical pay cuts we have endured over the last decade with the Conservative austerity measures previously and now the cost of living crisis.

I went into nursing to look after people, and striking was something I never thought I’d be doing. But we’re at the point now where it’s the last thing we can do. Patients are put at risk on a daily basis and without something changing it’s just going to get worse. The NHS is on the brink.

We know we’re not the only ones suffering and we acknowledge that some people will find what we are asking for upsetting. It’s not about getting a rise, it’s about restoring pay. It’s about keeping the NHS working.

We have 77 guests and no members online