Having high cholesterol means you have too much of a fatty substance known as cholesterol in your blood. Over time this can build up causing blockages in the blood vessels. If this goes untreated it can lead to serious health conditions such as heart attacks and strokes.

It is unusual for patients with high cholesterol to present with symptoms.

And in most cases people won't know until they undergo a blood test.

However, if your levels are especially high it can make the signs more noticeable.

Speaking with Express.co.uk, registered dietitian and consultant dietitian for Heart UK, Lynne Garton, said: "Generally, there are rarely any symptoms associated with a high cholesterol, which is why it is so important to get checked on the regular and especially if there is history of early heart disease in the family. 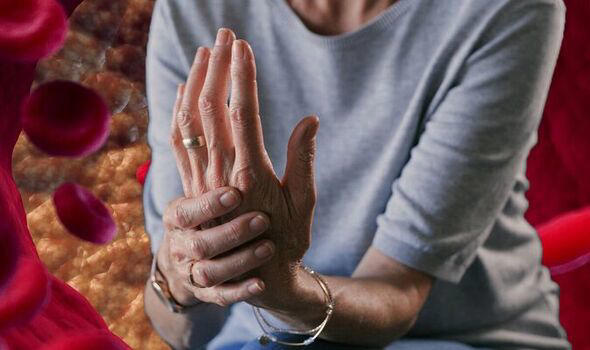 "That said, there are a few physical signs and symptoms of raised cholesterol which you can look out for."

She explained how tendonitis - swollen tendons - can occur in patients with "extremely high" cholesterol levels.

"In people who have an inherited condition, which can cause extremely high cholesterol levels, they may show swollen tendons around the Achilles and knuckles, or present with xanthelasma (raised, pale, yellowish patches around the eyes or eyelids) or exhibit a white arc shape or ring around the edge of the iris (corneal arcus)," she said.

Having inherited high cholesterol is also known as familial hypercholesterolemia.

This affects the way the body processes cholesterol, putting people at higher risk of heart disease and heart attacks.

It typically doesn't present with symptoms until adulthood, unless it has been passed down by both parents.

In which case, the signs can appear in children.

The Mayo Clinic warns: "People who have familial hypercholesterolemia have a higher risk of heart disease and death at a younger age. 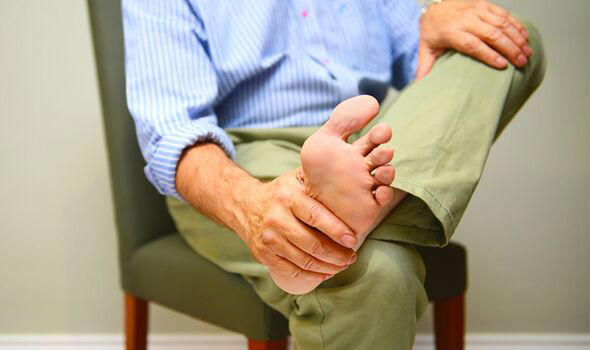 "Heart attacks may occur before age 50 in men and age 60 in women.

"The rarer and more severe variety of the condition, if undiagnosed or untreated, can cause death before age 20."

And Ms Garton urged people to get checked frequently.

"Higher cholesterol levels are typically thought of as affecting older people, yet this growing body of evidence on increased cholesterol levels across young generations confirms it is a key health area that now needs to be tackled from a much younger age to reduce the length of time the body is exposed to the effects of excess cholesterol," she added. 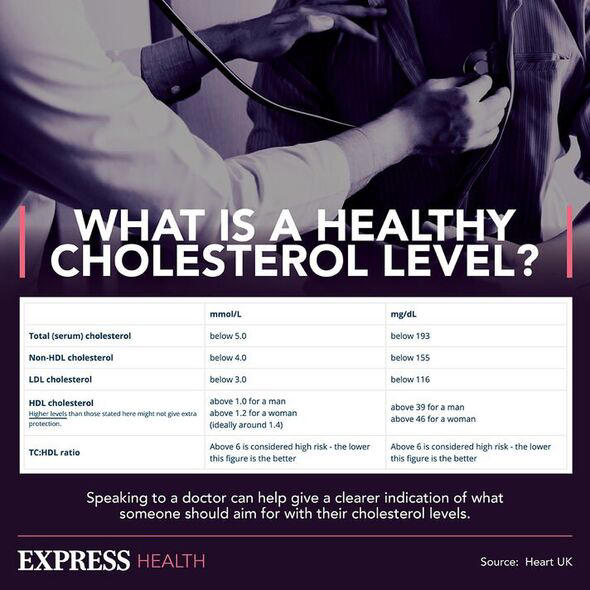 "The important thing is that for the majority, there are no symptoms or warning signs until it is too late and it is beginning to cause heart issues, which is why it is so important to get checked."

High cholesterol, that is not inherited, is often caused by eating fatty food, not exercising enough, being overweight, smoking and drinking alcohol.

Therefore, to reduce your risk of having high cholesterol or to lower levels the NHS recommends cutting out foods such as:

Foods that can help lower or control levels include:

We have 207 guests and no members online