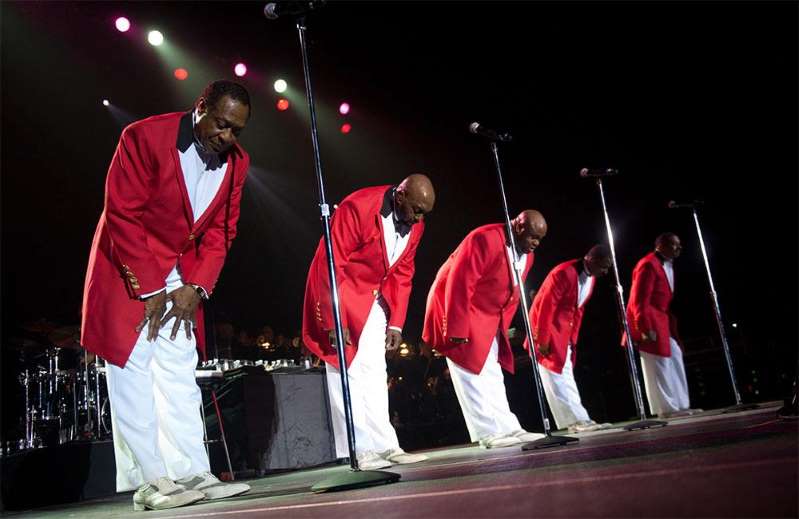 The Temptations were originally formed in the 1960s and was made up of founding members Otis Williams, Elbridge 'Al' Bryant, Melvin Franklin, Eddie Kendricks and Paul Williams. They saw many line up changes over the years, but Bruce was always humbled by the fact he got to sing with Otis.

Speaking in 2013, he said: "After seven years as a Temptation I am still in awe. I can remember the first time I performed with the group: at a millionaire's private birthday party, on a small stage that was erected on his tennis courts. It was a beautiful house; Stevie Wonder's house was right next door.

There was a limited amount of room on the stage, and I could not play to the crowd as Otis wanted me to. So when we got off the stage, Otis was saying, 'You have to work the crowd,' and I tried to interrupt to tell him why I was having difficulties on the small stage. But soon I got the hint to just listen to his criticism.

The next time we performed on stage together, I had enough room to work the crowd and the audience went crazy. When we went off stage Otis said, 'That's what I am talking about!' and it's been smooth sailing ever since."

We have 44 guests and no members online