With its latest AI program, AlphaFold, the company and research lab showed it can predict how proteins fold into 3D shapes, a fiendishly complex process that is fundamental to understanding the biological machinery of life.

Independent scientists said the breakthrough would help researchers tease apart the mechanisms that drive some diseases and pave the way for designer medicines, more nutritious crops and “green enzymes” that can break down plastic pollution.

DeepMind said it had started work with a handful of scientific groups and would focus initially on malaria, sleeping sickness and leishmaniasis, a parasitic disease.

“It marks an exciting moment for the field,” said Demis Hassabis, DeepMind’s founder and CEO. “These algorithms are now becoming mature enough and powerful enough to be applicable to really challenging scientific problems.”

Venki Ramakrishnan, the president of the Royal Society, called the work “a stunning advance” that had occurred “decades before many people in the field would have predicted”.

DeepMind is best known for its run of human-trouncing programs that achieved supremacy in Chess, Go, Starcraft II and old-school Atari classics. But superhuman gameplay was never the primary aim. Instead, games provided a training ground for programs that, once powerful enough, would be unleashed on real-world problems. 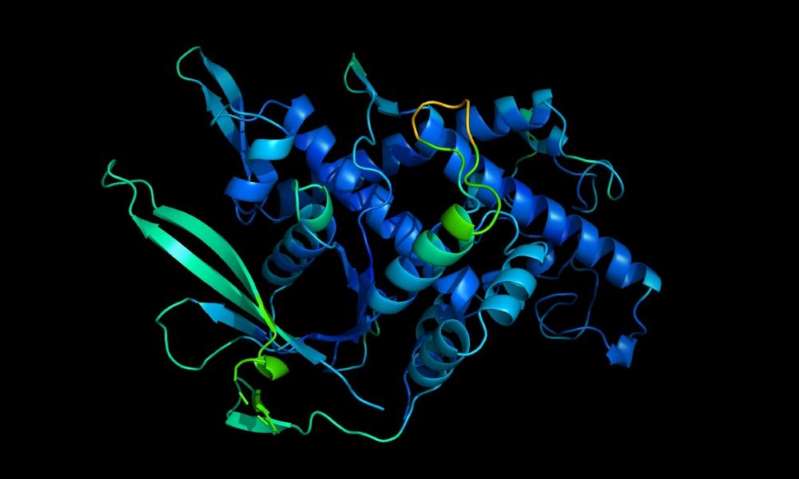 Protein folding has been a grand challenge in biology for 50 years. An arcane form of molecular origami, its importance is hard to overstate. Most biological processes revolve around proteins and a protein’s shape determines its function. When researchers know how a protein folds up, they can start to uncover what it does. How insulin controls sugar levels in the blood and how antibodies fight coronavirus are both determined by protein structure.

Scientists have identified more than 200m proteins but structures are known for only a fraction of them. Traditionally, the shapes are discovered through meticulous lab work that can take years. And while computer scientists have made headway on the problem, inferring the structure from a protein’s makeup is no easy task. Proteins are chains of amino acids that can twist and bend into a mind-boggling variety of shapes: a googol cubed, or 1 followed by 300 zeroes.

To learn how proteins fold, researchers at DeepMind trained their algorithm on a public database containing about 170,000 protein sequences and their shapes. Running on the equivalent of 100 to 200 graphics processing units – by modern standards, a modest amount of computing power – the training took a few weeks.

DeepMind put AlphaFold through its paces by entering it for a protein olympics known as Casp, the Critical Assessment of Protein Structure Prediction, which takes place every two years. Entrants to the international competition are given the amino acid sequences for about 100 proteins and challenged to work them out. The results from teams that use computers are compared with those based on lab work.

AlphaFold not only outperformed other computer programs but reached an accuracy comparable to the laborious and time-consuming lab-based methods. When ranked across all proteins analysed, AlphaFold had a median score of 92.5 out of 100, with 90 being the equivalent to experimental methods. For the hardest proteins, the median score fell, but only marginally to 87.

© Photograph: DeepMind/PA A protein’s function is determined by the shape it folds into, which traditionally takes years to discover through lab work.

Hassabis said DeepMind had started work on how to give researchers access to AlphaFold to help with scientific research. Andrei Lupas, the director of the Max Planck Institute for Developmental Biology in Tübingen, Germany, said he had already used the program to solve a protein structure that scientists had been stuck on for a decade.

Janet Thornton, a director emeritus of EMBL’s European Bioinformatics Institute near Cambridge, who was not involved in the work, said she was excited to hear the results. “This is a problem that I was beginning to think would not get solved in my lifetime,” she said. “Knowing these structures will really help us to understand how human beings operate and function, how we work.”

John Jumper, a researcher on the team at DeepMind, said: “We really didn’t know until we saw the Casp results how far we had pushed the field.” It is not the end of the work, however. Future research will focus on how proteins combine to form larger “complexes” and how they interact with other molecules in living organisms.

We have 47 guests and 2 members online