PARIS (Reuters) -French President Emmanuel Macron said on Friday he was doing fine a day after testing positive for COVID-19, but was working at a slower pace while he convalesced outside Paris.

Macron said he would stay focused on France's response to the coronavirus pandemic and Brexit, as negotiations governing 1 trillion euros in trade between Britain and the European Union run down to the wire.

"I am working at a slightly slower pace because of the virus, but I shall continue to focus on high-priority issues, such as our handling of the epidemic, or, for example, the Brexit dossier," Macron said in a live video on Twitter. 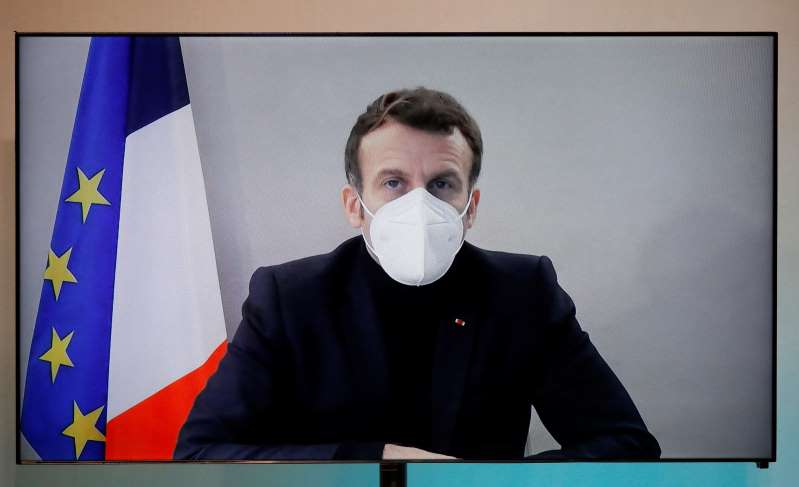 The president, who was moved on Thursday night to a presidential retreat near the Palace of Versailles, said he did not expect his illness to take a more serious turn.

"I wanted to reassure you - I am doing fine. I have the same symptoms as yesterday, notably fatigue, headaches, a dry cough, like hundreds of thousands of you who have had to live with the virus or who live with it today."

He said he would give regular updates on his health and acknowledged that he may have contracted the illness through "a moment of negligence". Macron had numerous meetings with fellow European Union heads of government in recent days.

Statistics suggest Macron is unlikely to suffer the worst symptoms of the disease as he relatively young at 42, a non-smoker who is not overweight and has access to the best medical care.

Macron urged citizens to be careful in the run-up to Christmas. The virus has killed about 60,000 people in France and daily new infections are once again trending higher after the government eased a second lockdown.

"The virus is on the move again, we must be vigilant," Macron said.

We have 48 guests and one member online