Boris Johnson has called an emergency meeting of ministers and is mulling travel restrictions in southeast England after being shown worrying evidence on the new coronavirus variant, according to reports.

New information suggesting the mutant strain is more easily transmissible was reportedly shown to ministers on Friday afternoon, according to The Daily Telegraph.

The prime minister is said to have urgently gathered his senior ministers together on Friday evening for talks over a possible tightening of restrictions.

Travel curbs aimed at stopping the variant from spreading further across the country are reportedly under discussion, with a source quoted as suggesting movement to and from parts of southeast England could be paused, throwing Christmas plans into doubt for millions.

The Sun carried a similar report.

Announcing the new variant’s existence earlier this week, Matt Hancock, the health secretary, said it had been discovered in at least 60 different local authority areas, and warned it could be behind the sharp rise in cases in parts of England despite the recent lockdown.

Scientists have warned that easing restrictions will lead to more deaths. It was reported that the government could seek to strengthen its guidance and urge those in the southeast to cancel festive travel plans, in an announcement expected as soon as Saturday, instead of altering legal rules.

Meanwhile, with some 34 million people in England now living under tier 3 restrictions, The Daily Mail reported on Friday night that ministers are considering tier 4 plans, which could involve the closure of non-essential retail and stronger work-from-home calls.

It cited a government source as saying: “There are lots of things you could add to that – it’s still early days.” 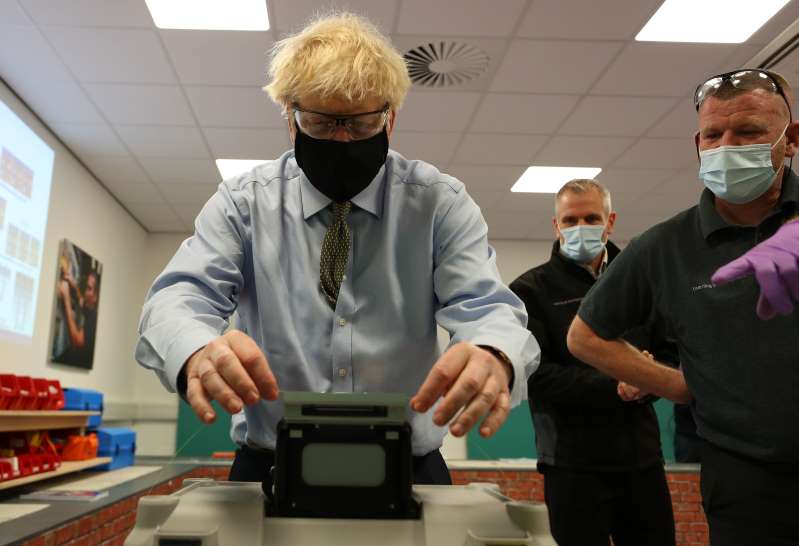 The reports came as The Independent exclusively revealed that London hospitals would run out of critical care beds in the first week of January if infections continued the way they were. Hospitals across the capital have started to cancel operations and are redeploying nurses and doctors to cope with an expected increase in demand.

Porton Down has been studying the new strain of coronavirus in recent weeks, which is thought to have originated in the UK and was first identified by scientists in the Covid-19 Genomics UK (COG UK) consortium in late September.

Professor Sharon Peacock, the director of COG-UK – a government-backed group analysing genome data from some 140,000 coronavirus patients, partly to track mutations – said on Tuesday that there was still “very thin evidence” on the new variant.

But her COG-UK colleague Professor Nick Loman said that “initial modelling has shown that this [variant] is growing faster than” the strain which first originated in Spanish farmers, spread to the UK in the summer and is now the UK’s “dominant strain”.

However, he warned this remained a case of correlation and not causation.

Furthermore, the new variant contains a “striking” 17 mutations – compared with an average of one or two per new variant. “Quite a number of those” are found within the spike protein used to infect human cells, Prof Loman said.

Sir Mark Walport, a member of the Sage advisory group, told BBC Newsnight the new variant appeared to have a “transmission advantage”. He said: "We know that this is a new variant, it has been seen in other countries but it seems to be quite widespread which suggests that it has got a transmission advantage. It does definitely seem possible that this transmits more easily."

We have 53 guests and one member online