Grandmother, 92, dies with Covid-19 five days after her first vaccine

A great-grandmother who caught coronavirus five days after getting vaccinated against the disease has died. Mary Green, 92, received her first dose at a care home in North Tyneside on New Year's Eve, giving her family hope she would not face an infection.

But less than a week later the dementia sufferer tested positive for the virus. Doctors said she couldn't be moved to hospital because she was too frail to undergo invasive treatment and would find the change of scene confusing, meaning she had to receive care at the home. She died 12 days later of suspected sepsis, which they said was likely triggered by the virus.

Scientists say it takes around two weeks for the vaccines to spark immunity, suggesting Mary's first dose came too late to protect her from the disease.It comes as a top scientist today defended the decision to delay the second dose of the vaccine, arguing it could lead to better protection.

Professor Adam Finn, who helped make the priority list for jabs, said data suggests the immune response 'persists nicely' over the 12-week gap. He added studies on other vaccines show immunity 'doesn't plateau and fall in [12 weeks]' after a first dose, but is likely to persist and 'even increase'.

Britain's regulators stretched the gap between doses to 12 weeks last month, saying it would 'protect the greatest number of people at risk in the shortest possible time'. But the move has sparked concern as both the vaccines approved so far - by Oxford/AstraZeneca and Pfizer/BioNTech - rely on two doses to be most effective, with them ideally spaced three weeks apart.

Mary's heartbroken son Chris, 52, said the family had a visit to see Mary at Charlton Court care home cancelled on January 2 due to lockdown, reports ChronicleLive.'She was a casualty of what we're going through at the moment with Covid,' he told the newspaper. 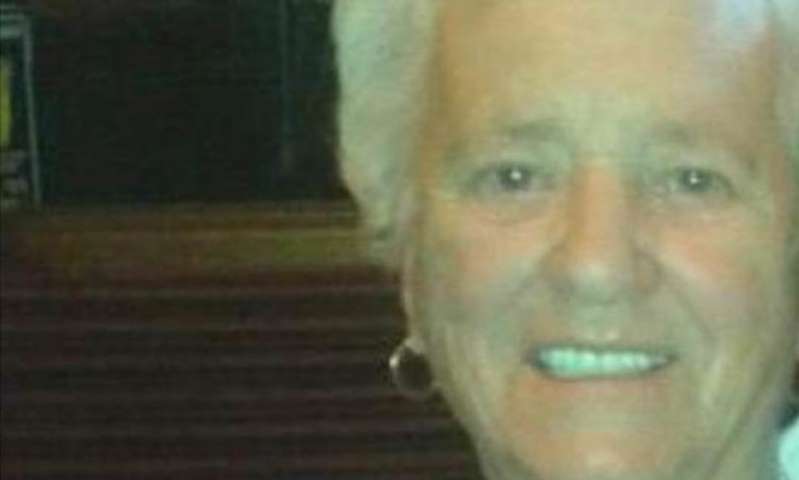 Amid mounting concern over the decision to delay the second dose Sam Monaghan, the chief executive of Britain's largest charity care home provider MHA care, said he felt residents were being 'left more vulnerable' because of the time between the first and second doses.

'[Our concern is] whether the lengthening of the gap between the two doses for such a highly vulnerable group of our society, when that seems to be against the guidance from the World Health Organization and the manufacturer’s own guidance, what the impact of that is.

'I suppose, inevitably, it leaves you feeling that our homes and our older people are left more vulnerable because there’s a longer time that they’re unprotected from the first dose.' He added: 'It's leaving our residents with only 50 per cent or 60 per cent of the protection that they would have, and when we know that it would be around the 90-95 per cent mark if they’d had both doses.'

Dr Chaand Nagpaul, its chair of council, called for the UK to follow 'best practice' and reduce the waiting time to six weeks on Saturday. 'Most nations in the world are facing challenges similar to the UK in having limited vaccine supply and also wanting to protect their population maximally. No other nation has adopted the UK’s approach,' Dr Nagpaul told BBC Breakfast on Saturday.

'Obviously the protection will not vanish after six weeks but what we do not know is what level of protection will be offered. We should not be extrapolating data where we don’t have it. 'I do understand the trade-off and the rationale but if that was the right thing to do then we would see other nations following suit.

He added: 'The concern we have if the vaccine’s efficacy is reduced then of course the risk is that we will see those who are exposed maximally to the virus may get infected. 'The other worry is that members of the population, those who are at highest risk, may not be protected.'

Almost half a million Britons have been vaccinated in a single day, official figures reveal, as the rollout continues to gather steam. Department of Health data shows a record 493,013 jabs were administered on Saturday, marking the fifth day in a row that the operation has picked up the pace.

And three quarters of Britain's over-80s have now received their first dose, according to the Health Secretary Matt Hancock, in another promising sign that the country could be on course to hit its ambitious target. Ministers are aiming to get first vaccine doses to around 15million people by February 15, targeting those who are most at risk of dying if they catch Covid-19.

These include all over-70s, people on the shielding list because of long-term illnesses, all care home residents, and frontline NHS staff and social care workers.A total of 6.35million people have been vaccinated already, meaning there are another 8.6million to reach, which will require a rate of around 393,000 per day.

Charlton Court care home said in a statement: 'There is nothing more important to us than the health and well-being of our residents. We send our sincere condolences to the family of Mrs Green. 'Our staff started to receive their Covid vaccinations from mid-December and we were delighted when our residents began to receive their Covid vaccinations later in December 2020 as part of the first roll out of the vaccination to homes in North Tyneside.

'Our staff team continue to adhere to strict Covid-19 preventative measures, including the use of PPE and regular testing in line with government guidelines, as they have done since the outbreak of the pandemic. We are grateful to our staff team who continue to care for all of our residents at this time.'

We have 72 guests and no members online