Cancer: Four sensations in the leg could be among ‘first clues' signalling 'lethal' cancer

Cancer is a disease of the cells and organs that is fast-spreading by nature. One surefire way to treat the condition is to catch it during the initial stages of its development. But pancreatic cancer, due to its location deep inside the body, is notoriously difficult to pick up at the outset. Four clues in the legs could be among the first signs of the disease, according to health bodies.

Pancreatic cancer has a unique ability to induce blood into a hyper-coagulative state.

In other words, the blood of patients with pancreatic cancer has an abnormal tendency to coagulate, which confers a higher risk of blood clotting.

Therefore, a clot in the leg is sometimes among the first clues that someone has pancreatic cancer, according to the Cancer Society.

"This is called a deep vein thrombosis," explains the health body. 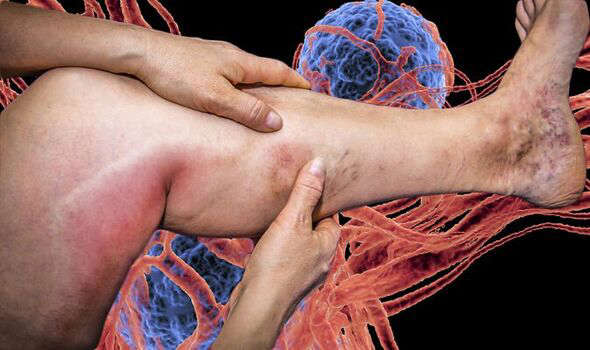 "Symptoms can include pain, swelling, redness and warmth in the affected leg. Sometimes, a piece of the clot can break off and travel to the lungs, which might make it hard to breathe or cause chest pain."

A blood clot that travels to the lungs is medically known as pulmonary embolism or PE, which carries a high mortality risk.

"Still, having a blood clot does not usually mean that you have cancer. Most blood clots are caused by other things," adds the Cancer Society.

It recently came to the attention of researchers that up to 70 percent of cancer patients are unaware they're at a higher risk of DVT than the general population.

The discovery emerged from the results of a survey carried out by the European Cancer Patient Coalition (ECPC), which assessed patient awareness and knowledge about cancer-associated DVT.

But aside from the fact that the condition is hard to pick up early, pancreatic cancer is also notoriously difficult to treat.

This makes pancreatic cancer the most lethal cancer in the body, according to Doctor Santhi Swaroop Vege, director of the pancreatic diseases group at Mayo Clinic.

In fact, the disease has an overall five-year survival rate of about seven percent, despite the marked medical advances effectuated in recent years. 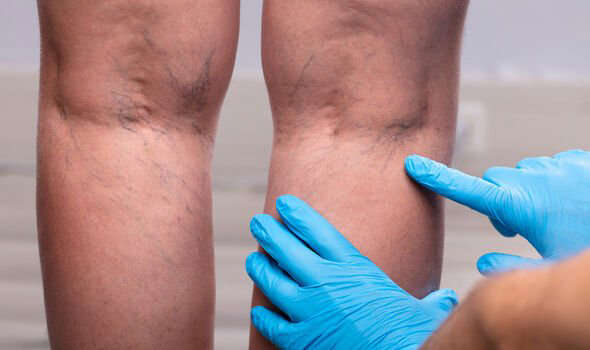 The disease is typically characterised by non-specific symptoms, such as weight loss, and abdominal pain, making early detection difficult.

The location of the pancreas in the body also makes it difficult to biopsy or image.

Doctor Vege told News Network: "That's one of the biggest problems we face. Usually, these people will have indigestion, and acid reflux, before finally somebody thinks of a CT scan."

Indeed, the condition tends to be found at advanced stages when abdominal pain or jaundice has resulted. 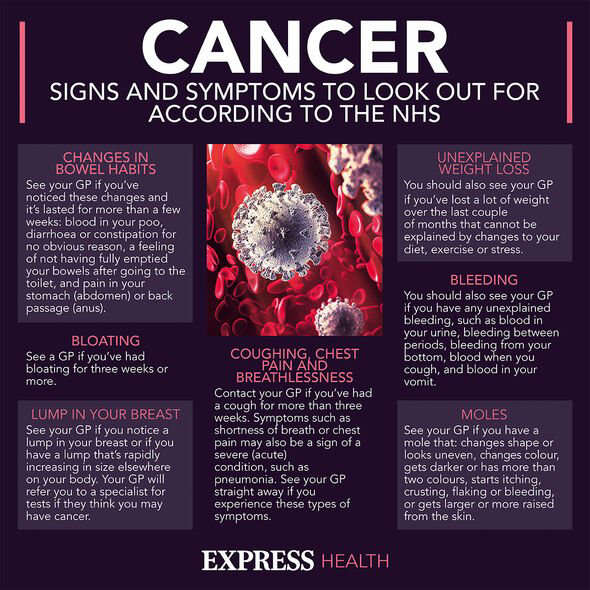 PRESS.CO.UK Cancer: The signs and symptoms

"At that time, it's already late," noted Dr Vege.

"If [the cancer] is localised to the pancreas and it is not involving the major structures, then the best treatment, of course, is resection - a big surgery."

The best way to treat pancreatic cancer, however, is to remove the tumour completely before it spreads to neighbouring regions.

Men have a slightly raised risk of pancreatic cancer compared to women, which has partly been attributed to higher rates of smoking among men.

No thoughts on “Cancer: Four sensations in the leg could be among ‘first clues' signalling 'lethal' cancer”

We have 40 guests and no members online