Fish are undoubtedly a powerful staple of the healthy Mediterranean diet but this food can also contain traces of a harmful neurotoxin called mercury. Fortunately, not all fish are high in this tricky compound but consuming too much could put a strain on your eyes, according to an expert.

Packed with omega-3 fatty acids while serving a pungent flavour beloved by many, fish are usually touted for their various health benefits.

However, their natural habitat can contain mercury which is converted to methylmercury by bacteria and other processes, leaving fish exposed to this culprit in their food and in water as it passes over their gills.

Considered a "major public health concern", mercury that naturally occurs in water can lead to a slew of health complications targeting lungs, kidneys, skin and even your eyes, according to the World Health Organization.

Worryingly, consuming fish rich in this neurotoxin could even lead to vision loss, according to Dr Rabia Bourkiza, consultant ophthalmic surgeon at OCL Vision. 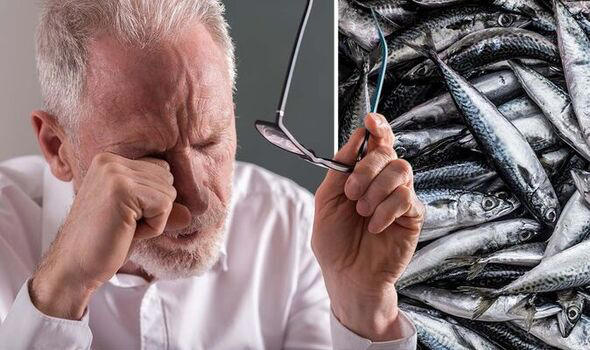 Dr Bourkiza said: "Mercury in high levels can cause optic neuropathy, which manifests initially by disturbance in colour vision.

The study also highlighted that chronic exposure to the harmful element may result in "peripheral vision loss", followed by a "more severe central vision loss".

The researchers looked at 31 battery factory workers who were regularly exposed to the neurotoxin and 15 healthy non-factory employees for comparison.

Blood samples of the subjects were able to determine the mercury levels in their bodies.

From insomnia to fatigue, mercury stirred up various health problems in the participants. 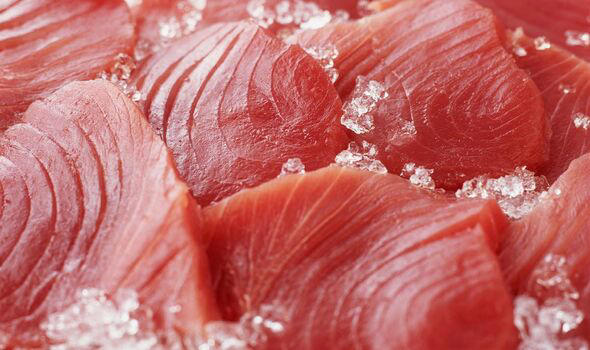 The team concluded that chronic exposure to mercury has toxic effects on the back of your eye as well as the optic nerve neuronal fibres.

According to the eye expert, the good news is that not all fish are high in the harmful element.

Dr Bourkiza said: "The risk will depend on how much and what types of fish you eat.

"As a general rule, larger and longer-lived fish tend to contain the most mercury, as well as fish that eat other fish to survive.

"Swordfish, shark, king mackerel and fresh tuna are some of the species most likely to contain higher levels of mercury. 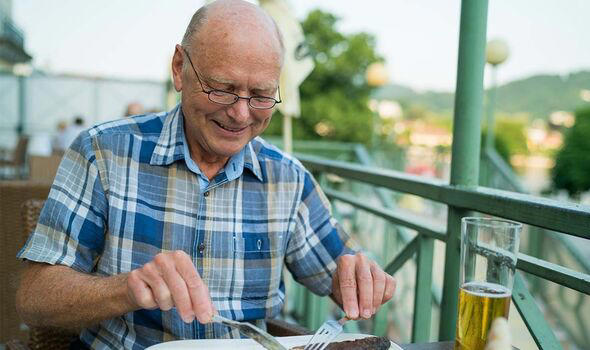 The NHS recommends eating at least two portions of fish a week.© GETTY

"It is difficult to assess just how much of these types of fish needs to be eaten for them to be toxic, but if you were eating it every day, or at least several times a week, you would be more at risk."

"Certain waters around the world also contain higher levels of mercury than others, such as the Caribbean.

"If you are eating these fish, find out where they come from and make sure you buy them from a trusted source that knows how to properly prepare them."

Despite this risk, fish remain a great source of protein, omega-3 fatty acids, and various vitamins. Therefore, the NHS recommends eating at least two portions of fish a week, including one portion of oily fish.

"Although it's not common, the impact of mercury on your eye health is definitely something to be aware of," the expert added.

We have 61 guests and no members online